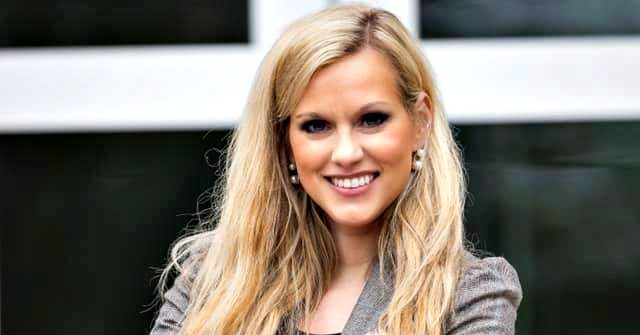 Twitter Blacklists Former GOP Candidate Lauren Witzke for Condemning Sexualization of Minors
193 Lauren Witzke for Delaware
Allum Bokhari
8 Mar 2021
Lauren Witzke, the Republican 2020 candidate for a U.S. Senate seat in Delaware, has been blacklisted by Twitter after she denounced comments attributed to a transgender activist that called little girls “kinky.”
The ban, which appears to be permanent, was prompted by Witzke calling the statement “demonic.” The former Senate candidate posted a message from Twitter informing her that it considered the comment “hateful conduct.”
“The last tweet before they finally shut me down,” said Witzke. “Calling pedophiles demonic now violates twitter’s terms of service as “hateful content.” KEEP FIGHTING! It’s your job to pick up the torch and fight for what’s right!
The quote in question came from an alleged 2016 Facebook post attributed to self-described “gender nonconforming” and “transfeminine” activist Alok Vaid-Menon
The quote, an abridged version of a longer Facebook post allegedly made by Vaid-Menon in 2016, called little girls “kinky” and also claimed that “your kids aren’t as straight and narrow as you think.”
The post, and the Facebook page that published it, appear to have been scrubbed from the internet, with only screenshots and scattered references to it remaining.
Speaking on social network Telegram and messaging app, Witzke accused Twitter of changing its terms of service to protect pedophiles.
“Just found out that Twitter changed their terms of service to accommodate minor attracted individuals,” said Witzke. “Sexual predators get to stay, but Christians have to go.”
Twitter claims to have a “zero tolerance” policy against content that “any material that features or promotes child sexual exploitation.” Yet it banned Witzke, a former candidate for the U.S. Senate, for condemning exactly that.
Breitbart News has reached out to Twitter for comment.
Allum Bokhari is the senior technology correspondent at Breitbart News. He is the author of #DELETED: Big Tech’s Battle to Erase the Trump Movement and Steal The Election.
PoliticsSocial JusticeTechJack DorseyLauren WitzkeLGBTpedophiliaTwitter
.