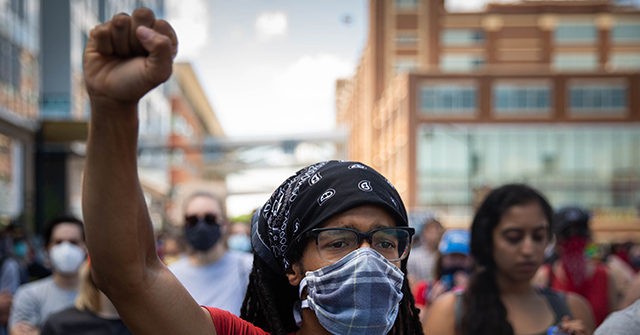 Stanford U. Launches ‘Youth Justice Lab’ to Address Racism in Public Schools Like ‘Meritocratic’ Grading
8 Maranie R. Staab/AFP/Getty Images
Alana Mastrangelo
8 Mar 2021
Stanford Law School has launched a “Youth Justice Lab,” which aims to address racism in public schools. The university claims that special education, advanced placement programs, and other “meritocratic” grading policies are “insidious” forms of “state-sponsored racial segregation.”
“In the wake of the Black Lives Matter protests and calls for police reform, the United States is in the midst of a national reckoning that is forcing us to confront systemic racism and the institutions that perpetuate anti-Black racism, white supremacy, and discrimination against Black, Indigenous, and People of Color,” reads the Youth Lab’s description on Stanford’s website.
The Youth Lab’s website goes on to claim that “perhaps no institution has reproduced racial hierarchy in the U.S. more than our public education system,” adding that special education, advanced placement, and other “meritocratic” grading policies equate to “state-sponsored racial segregation.”
“From state-sponsored racial segregation of schools to the more subtle, but no less insidious racially segregated academic placements (e.g., special education, advanced placement) to exclusionary school discipline policies to ostensibly ‘meritocratic’ testing and grading policies and beyond, public schools have created and perpetuated racial hierarchy, despite the promise that schools should help all children achieve the American Dream,” the description reads.
In order to tackle this so-called state-sponsored racial segregation, the Stanford Center for Racial Justice (SCRJ) is working with the Graduate School of Education (GSE) “to examine how to dismantle structural racism in the U.S. public school system and put an anti-racist education in its place,” according to a report by Stanford Today.
The new initiative, titled, “The Youth Justice Lab: Imagining an Anti-Racist Public Education System” brings together students from both Stanford Law School and the Graduate School of Education to work with two non-profit groups “to develop specific policy and research interventions that can counter the racial disparities perpetuated by school programs.”
Some of these interventions will include “racially segregated” academic placements, such as special education or advanced placement, and “exclusionary school discipline policies.”
“The Lab aims to critically analyze the structural racism in our schools and asks what would an anti-racist public education look like?” continues the Youth Lab’s website.
In answering its own question, the website goes on to state that students will “explore the history, current landscape, and racialized consequences of — the educational caste system created by student assignment to various public schools, including selective schools, traditional schools, continuation and alternative schools, and court schools and (2) high-stakes standardized testing for student placement and assignment purposes.”
“The Lab will work with experts to develop specific policy and research interventions that aim to dismantle the systemic racism and interlocking oppressions built into those educational policies and practices,” the website adds.
This Youth Lab is one of many initiatives across the country being launched due to the belief that “systemic racism” exists in the U.S. education system, and elsewhere.
The University of Washington recently announced that it is launching a “Center for Antiracism in Nursing” that will focus on addressing “systemic racism” in healthcare.
You can follow Alana Mastrangelo on Facebook and Twitter at @ARmastrangelo, on Parler @alana, and on Instagram.
EducationSocial JusticeTechAcademic Insanitygrading systempublic schoolsracismSJWsStanford
.