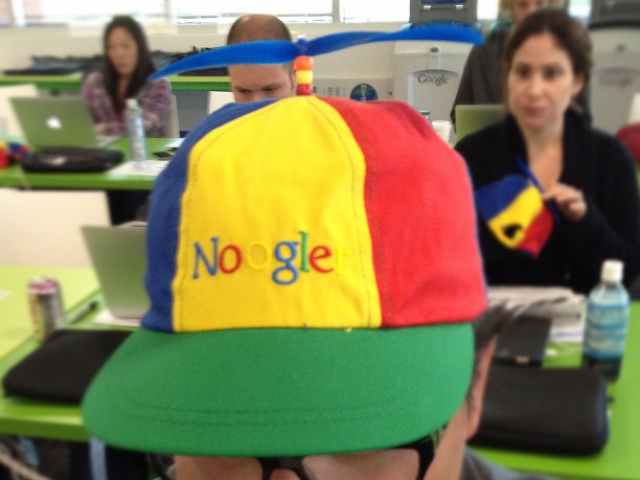 Report: Google Employees Reporting Racism, Sexism Asked to Take ‘Mental Health’ Leave
51 Flickr/ banky177
Lucas Nolan
8 Mar 2021
A recent report alleges that multiple Google employees that approached the company with complaints of racism and sexism were urged to take medical leave and focus on their mental health.
NBC News reports that while Google positions itself as a Silicon Valley bastion of progressivism, multiple employees have alleged that the company dismissed complaints of racism and sexism. Google’s HR department reportedly went as far as to encourage those making complaints to take mental health leave rather than pursue the issue further.
NBC News discusses the case of an employee named Benjamin Cruz, writing:
Benjamin Cruz, a former instructional designer in Google’s Cloud division, was caught off guard when a colleague told them that their skin was much darker than she expected.
Cruz, who is Mexican American and prefers to be identified by the pronouns they/them, reported the incident to human resources in 2019 where personnel told them they should “assume good intent,” Cruz recalled in an interview. Unsatisfied, Cruz asked human resources to look deeper into the incident, and an HR official said an investigation into the matter had been closed, Cruz said.
So, Cruz sought help from human resources again. The solution? Urge Cruz to take medical leave and tend to their mental health before moving to a new role in the company. Cruz went on medical leave, and hoped to take the company up on its offer for a new position, they said. But Cruz was turned down from every role they applied for, so they were forced to quit.
“After I made that complaint, my work started getting pushed out from under me, but my team acted like everything was fine. I wanted to find help. When the medical leave was recommended to me, it was like an automatic process,” Cruz told NBC.
Google reportedly declined to comment on Cruz’s allegations when contacted by NBC. Cruz’s experience with Google is similar to multiple former and current employees, including two prominent Black women, Timnit Gebru and April Curley.
Breitbart News reported on Gebru and Curley who were both pushed out of Google at the end of last year over their complaints about how Google handled racial and gender discrimination issues and attempted to force them to hide AI research data that appeared to show racial bias.
Following Gebru and Curley’s departure, nine other current and former Google employees have come forward with stories of similar treatment. The employees consulted Google’s human resources department after colleagues made comments about their skin color or Black hairstyles or made sexually inappropriate comments.
Each time, human resource personnel recommended that the employees seek therapy to take medical leave and address their mental health, despite mental well-being not being a noted issue for the employee. 12 more current and former Google employees have confirmed that this is common practice at the firm.
One former employee who is a person of color told NBC News: “Going on leave is so normalized. I can think of 10 people that I know of in the last year that have gone on mental health leave because of the way they were treated.”
Read more at NBC News here.
Lucas Nolan is a reporter for Breitbart News covering issues of free speech and online censorship. Follow him on Twitter @LucasNolan or contact via secure email at the address lucasnolan@protonmail.com
.