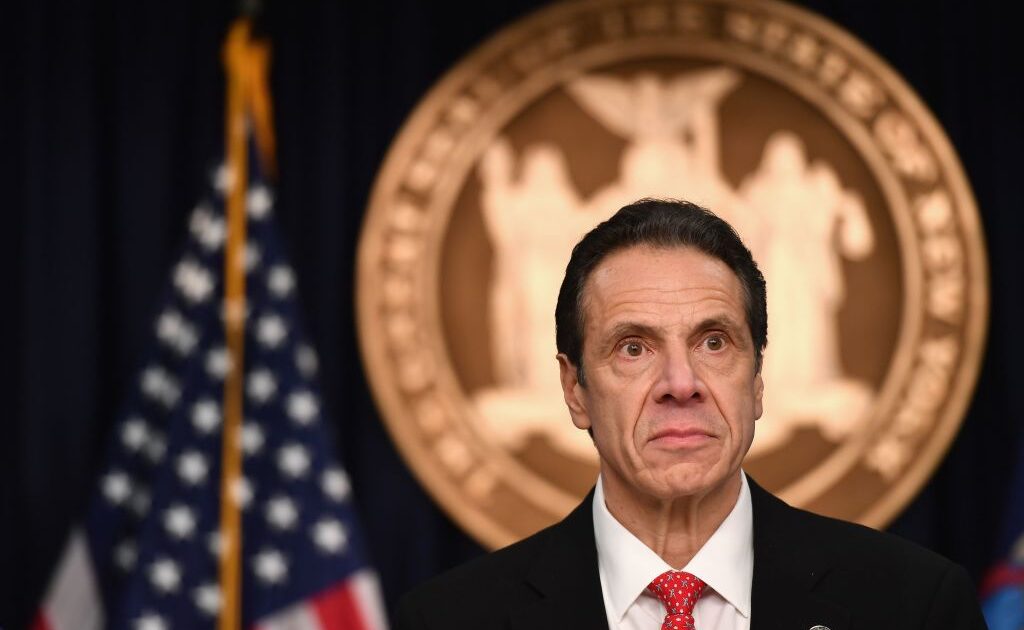 UPDATED 7:05 PM PT – Monday, March 8, 2021
Gov. Andrew Cuomo (D-N.Y.) said lawmakers will have to try and impeach him if they want him out of office, and it appears they’re heading in that direction.
Republicans in the New York State Assembly unveiled plans to get the ball rolling on impeachment proceedings, in the latest blow from Cuomo’s swirling scandals.
New York Assembly Minority Leader Will Barclay (R) said the scandals are impacting Cuomo’s ability to govern on a daily basis.
“In order to lead this great state as governor, you need to have credibility and trust,” Barclay stated. “Unfortunately, we feel the governor has lost that and now has an inability to lead.”
Barclay added while they cannot force the Democrat-controlled assembly to take up the measure, at least 30 Democrat lawmakers have called on Cuomo to resign.

This includes New York State Senate Majority Leader Andrea Stewart-Cousins (D), who put out a statement on Sunday saying he must resign for the good of the state.
NEW: Bombshell. ⁦@AndreaSCousins⁩ calls on ⁦@NYGovCuomo⁩ to RESIGN. pic.twitter.com/tZBwSyV5h8
— Zack Fink (@ZackFinkNews) March 7, 2021As for impeachment, in order to kick start proceedings, it requires a majority vote from the 150 member state assembly. If this happens, it then goes to the state Senate.
In the meantime, Cuomo said the state should wait for the results of the attorney general’s probe.
“I work for the people of the state of New York, they elected me, and I’m going to serve the people of the state of New York,” Cuomo stated. “We have a terrible financial picture. We have to do vaccines. So no, I’m going to do the job the people of the state elected me to do.”
20 Democrat women in the assembly have signed a statement saying the AG deserves to time to investigate the claims against Cuomo. AG Letitia James just tapped two attorneys to lead the investigation into accusations made by his former aides.
My office has appointed former U.S. Attorney for the Southern District of New York Joon H. Kim and employment discrimination attorney Anne L. Clark to lead our investigation into sexual harassment allegations against Governor Cuomo.
— NY AG James (@NewYorkStateAG) March 8, 2021Meanwhile, other state lawmakers feel no need to wait for the results of her probe, pledging to not hold back any longer on ousting the governor from office.