EBay Treats Dr. Seuss Worse Than ‘Mein Kampf’ And ‘Birth Of A Nation’ 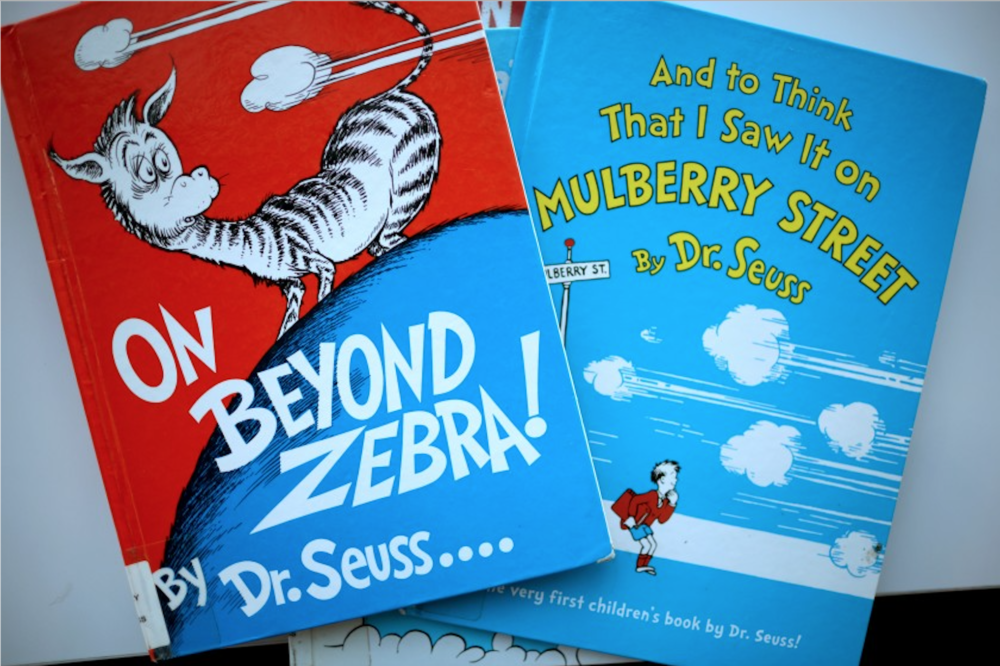 EBay Treats Dr. Seuss Worse Than ‘Mein Kampf’ And ‘Birth Of A Nation’ It is ludicrous that cartoon drawings containing outdated stereotypes are treated as more dangerous than overtly racist works openly calling for violence.
By Paulina Enck
When Dr. Seuss Enterprises, the company that controls the publishing of Seuss’s work, decided to pull six books from his back catalog due to allegedly racist imagery, online resale hub eBay banned the resale of the works, in order to prevent their continued propagation on the market.
Unsurprisingly, eBay does not hold all of its content to this standard. Instead, the company allows far worse content to be sold on their site. Further, many other canceled works are presently for sale. Every book and film listed here was available for purchase on eBay as of Monday morning.
It is ludicrous that cartoon drawings containing outdated stereotypes are treated as more dangerous than overtly racist works openly calling for violence. Through selectively banning these six Dr. Seuss books, eBay is inadvertently signaling that they deem his works to be more objectionable than the following works, each of which is far more insidious.
Ebay’s ban on Dr. Seuss — and only Dr. Seuss — demonstrates the shallow meaninglessness of cancel culture, attacking well-intentioned yet outdated works while ignoring genuinely malicious, intentionally bigoted output.
Regarding offensive and dangerous works, it doesn’t get much worse than Nazi propaganda. Yet eBay doesn’t seem to have a problem with users buying and selling works that incited and openly supported genocide.
Adolf Hitler’s manifesto “Mein Kampf” is a hateful text written by one of history’s worst monsters. Six million people were murdered because of the antisemitism expressed throughout the pages of this book. There are nearly a dozen copies listed on eBay.
Leni Riefenstahl’s “Triumph of the Will” is a film with the express purpose of glorifying Naziism and Hitler. German soldiers march in swastika formation, cheering crowds greet the army’s arrival in Nuremberg, and the film climaxes with a speech by the murderous dictator.
Riefenstahl’s other major work, “Olympia,” is likewise available for sale on eBay. This movie glorifies the Third Reich through the lens of the 1936 Olympics. Each of these works is disturbing in their antisemitism and attempted valorization of the Nazi regime.
It’s not just the Nazis whose propaganda is currently being sold on eBay, as eBay has no issue selling content that supports the Ku Klux Klan. “Birth of a Nation” revolutionized film as a medium. It is also a disgustingly racist film that romanticizes the KKK and wrongfully presents black men as inherent dangers to white people, particularly women.
The movie was so popular and dangerous that it led to a resurgence in the KKK in the United States. A work that led to a real-world increase in organized racism has multiple copies sold at once on eBay, along with the equally racist novel upon which it is based, and eBay seemingly has no concern about this.
Countless racist and antisemitic texts are auctioned and sold on eBay, but because these works are not the focus of a major news story, they continue to be bought and sold. Books that traffic in conspiracy theories and call for race-based violence pass through the website unscathed.
In writing this, I am not encouraging any censorship of texts. Erasing the shameful parts of history and literature prevents us from learning from the wrongdoings of the past, noting how far we’ve come, and seeing what mistakes we may be at risk of making again. Instead, these horrific works point to the arbitrary nature of eBay’s targeting of these Dr. Seuss books.
It is absolutely absurd that stereotypical character design is treated harsher than works overtly promoting bigotry and violence. No one could possibly find the content of these Dr. Seuss books to be anywhere near the worst content available on eBay.
If eBay’s actual intention were to purge its site of racist content, the six picture books would be low on the list. They are the target of such a ban due to their brief notoriety and nothing more. By pointlessly preventing their purchase and sale, eBay exemplifies cancel culture’s futility in addressing anything but surface-level reactions to the fickle outrage mob.
Paulina Enck is an intern at the Federalist and current student at Georgetown University in the School of Foreign Service. Follow her on Twitter at @itspaulinaenck
Adolf Hitler book burning cancel culture Cancellations Dr. Seuss eBay KKK Mein Kampf Triumph of the Will WWII