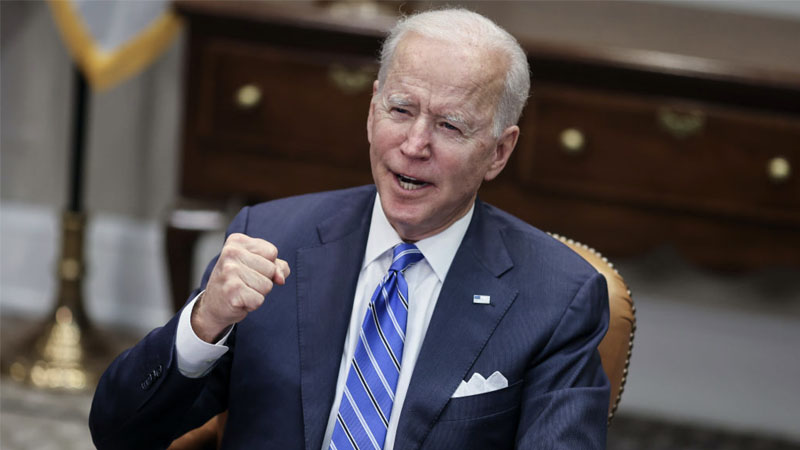 Joe Biden has released $3 billion of Iran’s funds in Iraq, Oman and South Korea that were tied up by President Trump’s sanctions.
Despite the fact Iran was likely behind the attack on a U.S. air base in northern Iraq last month, Biden has reportedly approved access to billions of dollars for Iran without any known preconditions.

Hamid Hosseini, a member of the Iran-Iraq Chamber of Commerce, says $3 billion of Iranian assets in Iraq, Oman & S. Korea have been freed.

He says Iraq’s PM got approval from the US to release the assets for humanitarian purchases, which Iran has used to buy corn already. pic.twitter.com/pzpP3GYtyo
— Sina Toossi (@SinaToossi) March 8, 2021
From Al Arabiya:
US sanctions imposed by former President Donald Trump have prevented Iran from accessing tens of billions of its assets in foreign banks.
Iranian frozen assets in Iraq amount to more than $6 billion, according to Iranian officials.
The head of the Iran-South Korea Chamber of Commerce said in October Iranian frozen funds in South Korea are worth $8.5 billion and added that their release depended on the outcome of the US presidential election.
Iranian officials have not commented on the value of Iran’s frozen assets in Oman.
Iran’s economy has been hit hard since 2018 when Trump withdrew from the 2015 nuclear deal between Tehran and world powers and reimposed sweeping sanctions on the country.
Iran’s chances of gaining access to billions of dollars of its frozen assets abroad have risen significantly since Trump, who pursued a policy of “maximum pressure” against Tehran, left the White House.Biden’s renewed policy of appeasement toward Iran is similar to Barack Obama’s, who had sent Iran a pallet of $1.7 billion in cash in 2015 to coax them into the Iran nuclear deal.
Notably, Iran put an $80 million bounty on Trump’s head last year after he ordered the airstrike against Gen. Qassam Soleimani, leading some to wonder if Obama’s payment was used to fund the bounty against Trump.