$100 Billion in Stimulus Bill Guarantees Welfare for Families with Children 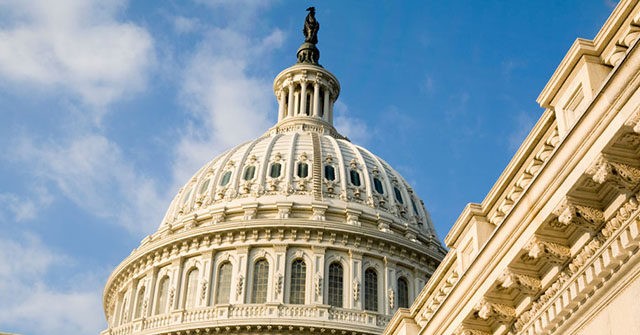 $100 Billion in Stimulus Bill Guarantees Welfare for Families with Children
12 Brendan Hoffman/Getty Images
Wendell Husebo
8 Mar 2021The $1.9 trillion coronavirus package establishes a guaranteed income for families with children by expanding an existing tax credit, essentially creating a new entitlement similar to those in socialistic countries.
The plan currently establishes the entitlement for a single year. But if it becomes a long-term entitlement, as Rep. Rosa DeLauro (D-CT), the chairwoman of the House Appropriations Committee, intends, it will greatly expand the welfare state.
“The moment is here to make dramatic cuts in child poverty that could improve the lives and the future of millions of children,” DeLauro said.
“More than 93 percent of children — 69 million — would receive benefits under the plan, at a one year cost of more than $100 billion,” according to the New York Times.
The House will attempt to pass the coronavirus bill so President Joe Biden can sign it into law, thereby increasing the maximum benefit, resulting in many families receiving up to 80 percent per child while including more families whose income is greater than the existing law qualifies.
Presently, those who do not qualify for benefits are three-quarters of children and the ten percent neediest.
“While the current program distributes the money annually, as a tax reduction to families with income tax liability or a check to those too poor to owe income taxes, the new program would send both groups monthly checks to provide a more stable cash flow,” according to the report.
Biden supported in 1996 welfare cuts as a senator; but now he is president, and his previous designs of ending welfare seem to be over.
As for Republicans, the legislation, which encompasses the creation of a guaranteed income for families with children, has received no Republican support in the House or Senate.
However, Sen. Mitt Romney (R-UT) unveiled a proposal on February 4 to provide a monthly cash benefit to families with children. Although Democrats are unlikely to favor how Romney would finance his proposal, White House Chief of Staff Ron Klain stated he was “looking forward” to seeing what is in the measure.
Really looking forward to see what @SenatorRomney will propose here — an encouraging sign that bipartisan action to reduce child poverty IS possible.https://t.co/7oOepQGpDQ
— Ronald Klain (@WHCOS) February 4, 2021
“Really looking forward to see what @SenatorRomney will propose here — an encouraging sign that bipartisan action to reduce child poverty IS possible,” Klain wrote.
EconomyPoliticsChild Tax Creditcoronaviruscoronavirus packagecoronavirus reliefMitt RomneyRosa DeLauro
.