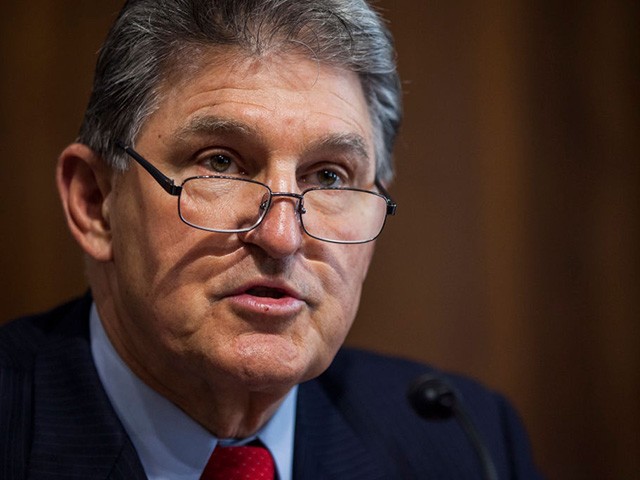 Democrat Sen. Joe Manchin Flip Flops, Votes for Purely Partisan $1.9 Trillion Biden Bill
27 Zach Gibson/Getty Images
Jacob Bliss
7 Mar 2021
Sen. Joe Manchin (D-WV) flip flopped by voting for the purely partisan $1.9 trillion coronavirus package after previously calling for a “new era of bipartisanship.”
On Saturday afternoon, the Senate passed the package 50 to 49. The bill included $1,400 stimulus payments and $350 billion to cities and states.
In February, Fox News’ Bret Baier asked Manchin how he would vote on the $1.9 Trillion coronavirus package if it the vote margin appeared slim.
Manchin responded to Baier by saying, “I have made it very clear … we’re going to make this work in a bipartisan way. My friends on the other side are going to have input. And we’re going to do something that we agree on. I’m not just going to do it just down the lines of, just saying party-line vote.”
Senate Majority Leader Chuck Schumer (D-NY) on Friday held open a vote on the minimum wage amendment to buy time to save the $1.9 trillion coronavirus package after Manchin raised objections to the bill, which Breitbart News previously reported. Ultimately the amendment did not pass.
Manchin released a statement in January after the two Democrats won in the Georgia runoffs calling for a “new era of bipartisanship.”
“With tight margins in the House and Senate, Democrats and Republicans are faced with a decision to either work together to put the priorities of our nation before partisan politics or double down on the dysfunctional tribalism,” said Manchin.
Since coming to the Senate, Manchin has split with his party more than any other Democrat.
EconomyHealthPoliticsChuck Schumercoronaviruscoronavirus reliefflip-flopJoe Manchin
.