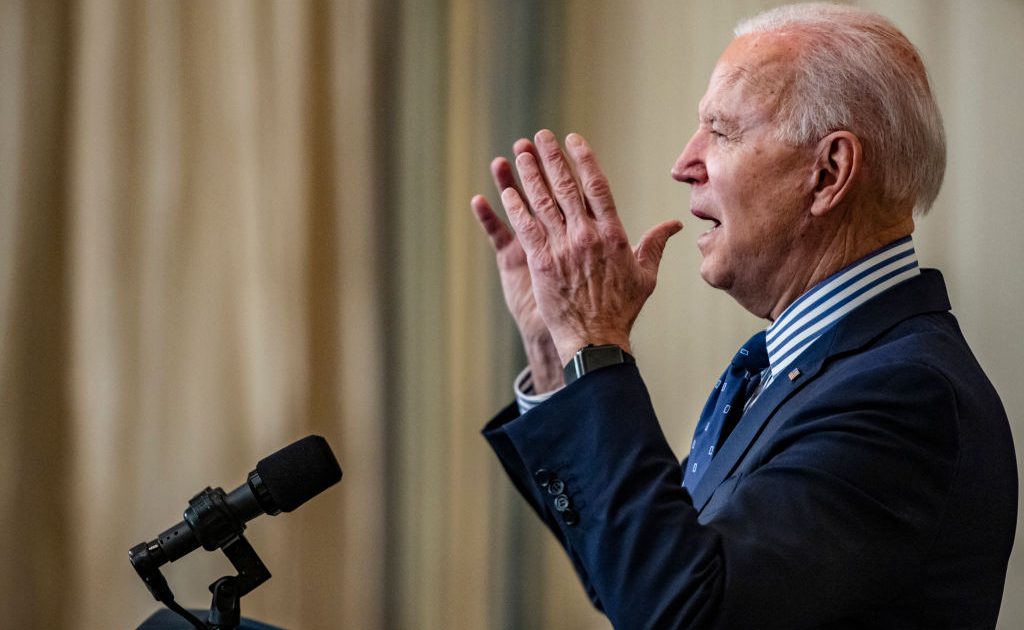 UPDATED 8:00 PM PT – Saturday, March 6, 2021
After the COVID relief package passed in the upper chamber, critics pointed out how many Americans will actually miss out on getting a stimulus check.
The complaints started early on after Joe Biden campaigned for Senate candidates in Georgia. He promised that if they were elected, $2,000 in stimulus payments would go out to citizens right away.
“Their election will put an end to the block in Washington on that $2,000 stimulus check,” Biden claimed at the time. “That money that will go out the door immediately.”
Following the election, the number quickly dropped from $2,000 to $1,400 in addition to the $600 already passed. This didn’t sit well with many people, including members of the so-called “Squad,” as Rep. Alexandra Ocasio-Cortez (D-N.Y.) called Biden out for the change. She pointed out: $2,000 means $2,000, not $1,400.
The number changed even further after Democrats moved to make the stimulus more “targeted” by modifying the income requirements. The amount initially started phasing out at $75,000 for individuals and $150,000 for couples, but ultimately landed on $80,000 for individuals and $160,000 for couples. Anyone making more than that would get essentially nothing, which marks around 17 million Americans who will not benefit from the stimulus.
House Budget Committee Chairman John Yarmuth admitted there will be people who could use the direct payment but won’t get it. However, he said this is acceptable because 250 million people will receive payment. Yarmuth argued the benefit will ultimately come in the form of money allotted to state and local governments.
“They can use that money in a variety of ways,” Yarmuth stated. “They can set up assistance operations and plans for people in need. The fact is that you can’t use, as many people have said, a scalpel to do national legislation. You have to make broad decisions and come up with answers and this is one of the things that we have to do.”
Critics argued the figures were mostly based on income amounts before the pandemic, so they don’t take into account individuals who may have had their incomes severely reduced or lost jobs during the economic downturn. Opponents further argued $80,000 is sometimes not a large amount, particularly for single parents living in large cities where yearly costs can exceed $100,000 or more.
Supporters of the original $2,000 payments also pointed out that if the $1,4000 is “finishing the job” of the original $600 payments, the new payment should go to everyone who was eligible for the initial payment.