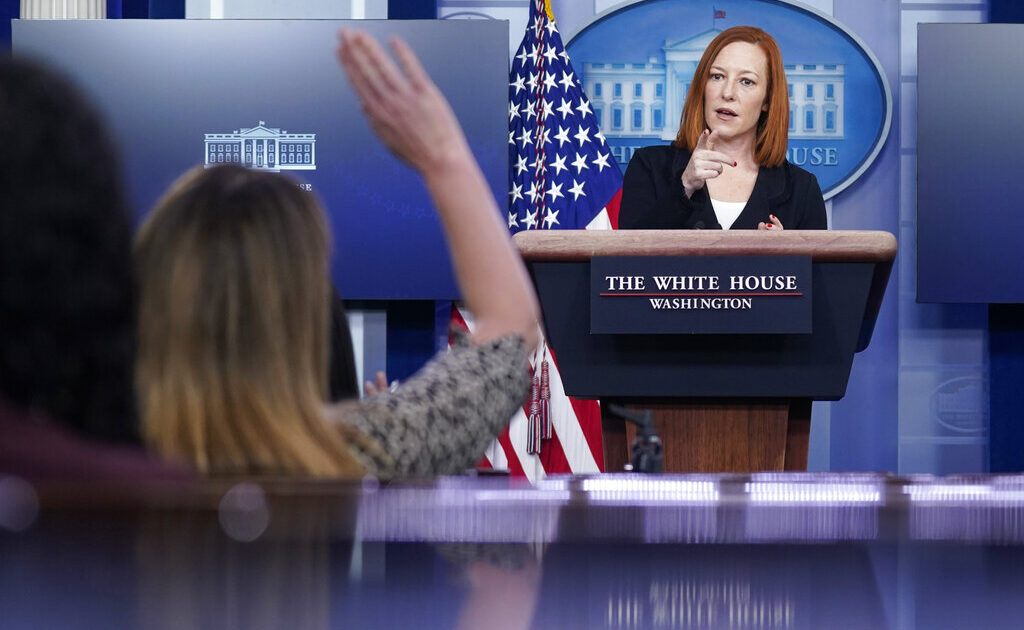 UPDATED 4:05 PM PT – Friday, March 5, 2021
The White House has continued to deflect and brush off questions about Joe Biden’s failure to hold a formal press conference. When pressed on the issue Friday, White House press secretary Jen Psaki said Biden is too busy with the COVID crisis, but it may happen by the end of March.
Tune in for a briefing with @PressSec Jen Psaki. https://t.co/8PUUfvFJHF
— The White House (@WhiteHouse) March 5, 2021This came as Biden made history this week, becoming the first president in 100 years to not hold a solo press briefing in his first 45 days in office.
White House reporters voiced their frustration over their lack of access to the president on Friday, but the press secretary continued to give vague answers and make excuses for Biden.
“But this president came in during a historic crisis, two historic crises,” Psaki stated. “A pandemic like the country had not seen in decades and decades, and an economic downturn that left 10 million people out of work.”
In the meantime, some are pointing to the fact that, at the height of the pandemic, President Trump still held at least seven press briefings a week and took questions during all White House events. That’s in sharp contrast to Biden who, earlier this week, told reporters he would take questions during a virtual event but before they could get their chance, the White House cut his feed.