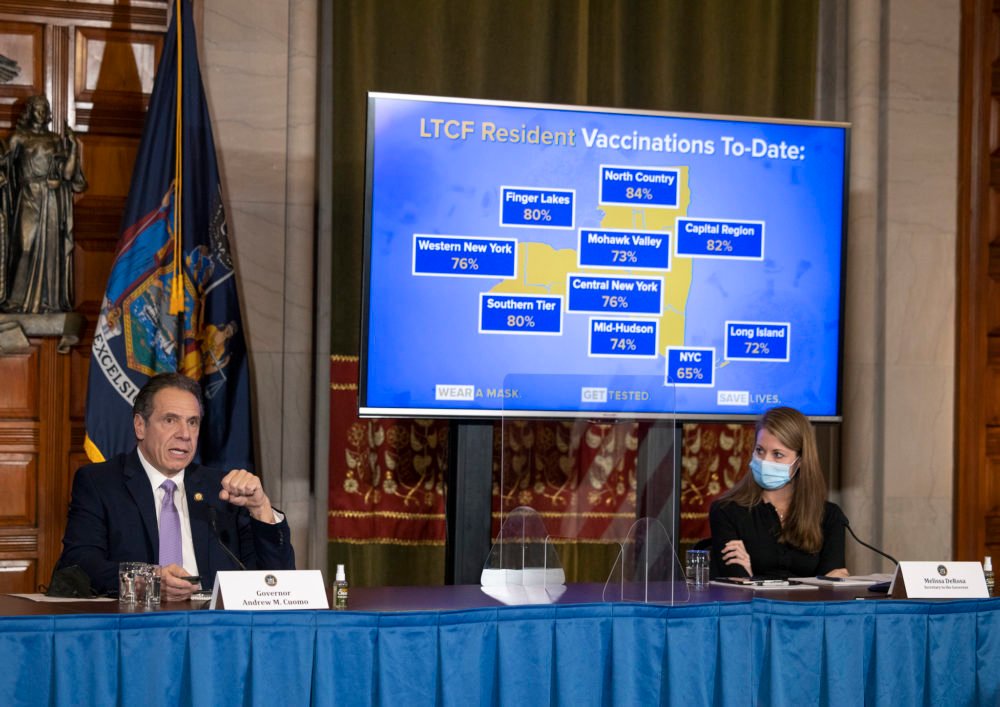 Instead of simply including the death toll in the report as previously suggested by the state health commissioner and others, the Health Department became defensive as the narrative surrounding the release of the true numbers shifted, and officials began “disputing that the numbers had been ready in time for the report and saying that, regardless, they would not have changed its conclusions.” Some of these internal debates, the Times notes, prompted the departure of nine New York state health officials over the last year.
The cover-up, the Times noted, began shortly after Cuomo announced he would be writing a book about his self-proclaimed and media-lauded pandemic “success” and was directly initiated by the governor’s top aides. These aides included Melissa DeRosa, who admitted in early February that the state’s top office purposefully hid the nursing home COVID-19 death toll out of fear of a federal investigation; Linda Lacewell, the head of the state’s Department of Financial Services; and Jim Malatras, a former top adviser who rejoined Cuomo’s team after COVID-19 hit.
“None had public health expertise,” the Times noted.
Even after New York state Attorney General Letitia James found that Cuomo, his administration, and the state’s Health Department severely undercounted the number of COVID-related deaths in nursing homes by as much as 50 percent, however, the administration denied they were in the wrong.
The revelation comes just days after the Democratic governor refused to resign despite weeks of backlash over not only his concealment of approximately 15,000 COVID-19 deaths in nursing homes as a result of a policy from his office but also ongoing sexual harassment allegations from two former female aides and a fellow guest at a wedding.
“I’m not going to resign. I work for the people of the state of New York. They elected me, and I’m going to serve the people of the state in New York,” Cuomo told reporters. “I’m going to do the job the people of the state elected me to do.”
Jordan Davidson is a staff writer at The Federalist. She graduated from Baylor University where she majored in political science and minored in journalism.
Andrew Cuomo coverups COVID New York nursing home