Carney: Donald Trump Left Us With A Much Stronger Economy Than Anyone Thought 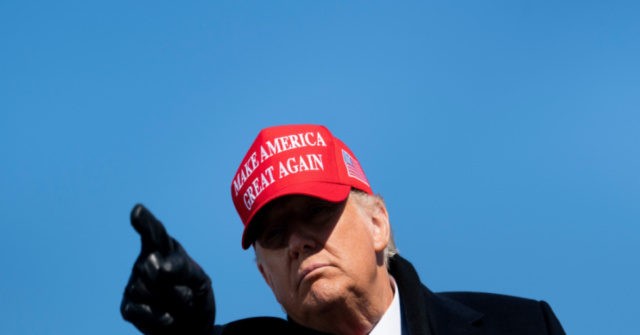 Carney: Donald Trump Left Us With A Much Stronger Economy Than Anyone Thought
2,434 BRENDAN SMIALOWSKI/AFP via Getty Images
John Carney
5 Mar 2021
The U.S. economy is out-performing expectations on almost every front.
Friday’s release of the employment situation in the U.S. is just the latest data point showing that the U.S. economy is growing at a much faster pace than anticipated. The economy added 379,000 jobs in February, the Department of Labor said. January’s figure, which was initially reported as a very weak 49,000, was revised up to 166,000. Combined with smaller job losses in December, it’s clear the labor market is in far better shape than forecast.
It’s not just jobs. Factory orders rose by 2.6 percent in January, topping the estimate for a 2 percent rise. December was revised up from 1.1 percent to 1.6 percent. Construction spending grew by 1.7 percent in January and an upwardly revised 1.1 percent in December. It’s up 5.8 percent for the year.
The Institute for Supply Management’s manufacturing index points to better growth than expected. Retail sales are rising.
In short, the economic picture has failed to live up to the “dark winter” that President Joe Biden said America was facing. Instead, the weight of the economic data demonstrates that the economy at the tail end of the Trump administration was far stronger than it was given credit for.

Original Story: Carney: Donald Trump Left Us With A Much Stronger Economy Than Anyone Thought