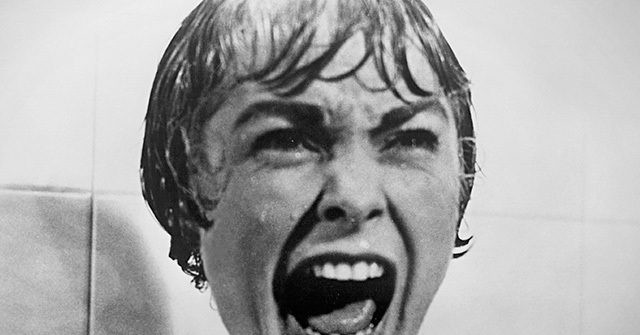 Cancel Hitchcock: ‘Psycho,’ ‘Guess Who’s Coming to Dinner,’ Among the Iconic Films Turner Classic Movies Deems Problematic
3,745 Shamley Productions/ Paramount Pictures
David Ng
5 Mar 2021
Alfred Hitchcock’s Psycho and Rope are among the films that Turner Classic Movies has deemed “troubling and problematic,” joining the ranks of Gone with the Wind in a new series called “Reframed: Classic Films in the Rearview Mirror,” which seeks to scrutinize old movies through the lens of today’s identity politics.
The new TCM series, which launched on Thursday, also seeks to pick apart such innocuous movies as Breakfast at Tiffany’s, Guess Who’s Coming to Dinner? and My Fair Lady.
“Many of the beloved classics that we enjoy on TCM have stood the test of time in several ways, nevertheless when viewed by contemporary standards, certain aspects of these films can be troubling and problematic,” the cable network said.
Watch below:
The series will explore how these movies “can be reframed so that future generations will keep their legacy alive.”
Watch below:
TCM hosts will put Psycho under the microscope for its alleged portrayal of gender identity and the way it supposedly equates transgenderism with mental illness and violence. The Hitchcock classic, which was first released in 1960, stars Anthony Perkins as a motel manager whose split personality involves dressing up as his deceased mother to carry out a murder.
Rope (1948), inspired by the Leopold and Loeb homicides, tells the story of two roommates who dare to hide the body of their victim in their New York apartment just as they are about to host a dinner party. TCM is expected to explore the movie’s take on the protagonists’ gay relationship.
TCM will dissect Breakfast at Tiffany’s (1961) for actor Mickey Rooney’s performance as a Japanese man, and will scrutinize the musical My Fair Lady (1964) for any hints of misogyny in Professor Henry Higgins’ (Rex Harrison) tutelage of Eliza Doolittle (Audrey Hepburn).
Guess Who’s Coming to Dinner? (1967) will be examined for the now-problematic Sidney Poitier. The Oscar-winning Poitier was a huge Hollywood star at the time, but today he is no longer so beloved because his fanbase was mostly white audiences, according to TCM.
“That opens up all kinds of complications for black viewers who felt that he wasn’t a representative of the race as a whole,” TCM host Jacqueline Stewart told the Associated Press.
The Stanley Kramer movie was one of the first major Hollywood releases to portray an interracial romance in a positive way and was considered progressive for its time.
John Ford’s The Searchers (1956), starring John Wayne, will also receive a racial analysis. The seminal Western film follows the Wayne character’s attempt to rescue his niece (Natalie Wood), who was kidnapped by Comanches. The movie is considered one of the greatest films of all time and has influenced many other movies, including Taxi Driver and American Sniper.
“The Wayne character is overtly racist, and many argue that the label also applies to the film itself, as the characterization of Indigenous people is both stereotypical and underdeveloped,” said TCM.
Gone with the Wind will also feature in the new series. The 1939 classic was already blacklisted by TCM’s corporate sibling HBO Max, which temporarily pulled the movie following accusations that the story glorifies the antebellum South.
Other movies in the TCM series include The Jazz Singer, Stagecoach, Tarzan, the Ape Man, Seven Brides for Seven Brothers, Sinbad, the Sailor, and The Children’s Hour.
Follow David Ng on Twitter @HeyItsDavidNg. Have a tip? Contact me at dng@breitbart.com
EntertainmentSocial JusticeCancel CultureGone with the WindHBO MaxTCMTurner Classic MoviesWarnerMedia
.