‘Trumpism’ Will Extend Far Beyond The Man Himself 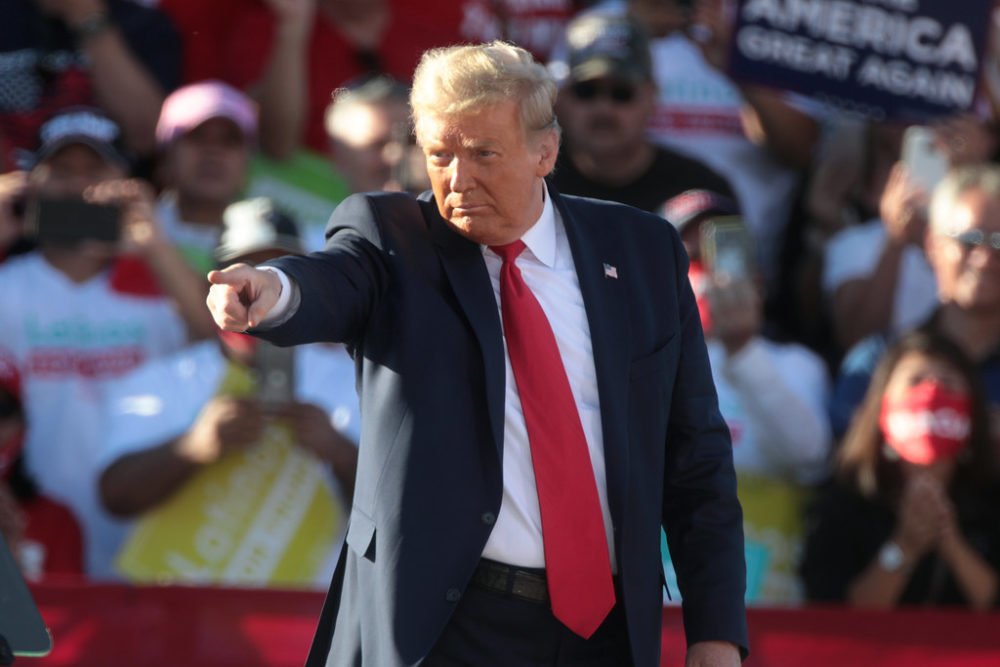 ‘Trumpism’ Will Extend Far Beyond The Man Himself Trump may not be in the Oval Office, but make no mistake, Trumpism is here to stay.
By Gabe Kaminsky
The term Trumpism clearly connotes different ideas and meanings depending on whom you ask, but it really is not all that complicated. Trump was a unique political figure during a unique time — and his raunchiness mixed with “America First” policies appealed to voters who felt perpetually alienated by staunch and plasticky politicians wholly unrelatable. Some say Trump was the figure that changed hearts and minds, and this is certainly true for many Republicans who decided to jump ship from the prior era, but in many ways he is merely the symptom of a fervent discontentment across America with corporate and urbanist centrality.
The former president recognized that there was a vast swath of people not getting their voices heard, people the establishment had made to feel small, and he encompassed that voice. He was their shiny object. He was also the fighter for alienated Americans, enduring the endless attacks and namecalling from a Democratic Party so intent on trying to conform citizens to an unyielding orthodoxy of “wokeness” and supposed virtuosity.
Here’s the thing, though. Trumpism will outlive Donald Trump. It will do so because, as aforementioned, Trump was simply one unique figure who represented millions of Americans who felt underrepresented in our power-concentrated republic. Citizens who support his policies, such as border security, a strong national defense uninvolved in unnecessary conflicts, and trade deals that benefit the American worker and manufacturing sector — to name a few — haven’t left the country. They are here and still desiring of change. Trumpism was even mentioned by Trump in his speech at the Conservative Political Action Conference in Orlando, Florida, last month.
“Many people have asked what is Trumpism, a new term being used more and more. I’m hearing that term more and more. I didn’t come up with it, but what it means is great deals, great trade deals, great ones, not deals where we give away everything, our jobs, money. … It means low taxes and eliminated job-killing regulations, Trumpism. It means strong borders, but people coming into our country based on a system of merit,” Trump said. “So they come in and they can help us as opposed to coming here and not being good for us, including criminals, of which there are many. It means no riots in the streets. It means law enforcement. It means very strong protection for the Second Amendment and the right to keep and bear arms.”
Beyond the fact that there are those who indubitably still favor former President Trump’s various policies, Trumpism goes much deeper and to the heart of a culture war that shows no sign of deteriorating.
In Trump’s seemingly carefree and conversational rhetoric, however out of line it may have gotten sometimes, he did not fit the mold of the typically banal politician. This mold has become the norm for lawmakers on both sides of the political aisle, participating in an establishment crawl toward what is prim and proper — though far from mainstream — robotically repeating party catchphrases, as opposed to speaking to people like actual humans. Trump’s base — which contains a whole host of Americans who made their foray into politics because of his accessibility — can still be tapped into moving forward.
This is not to say Trump’s often careless and ill-advised rhetoric is strictly a benefit over the collected words from politicians who recognize that the whole world is waiting on their screwup. Arguably, one of Trump’s downfalls was his misunderstanding that there is a line, that he crossed it sometimes, and that Americans rely on the president to be a model citizen who is not always looking to one-up his opponent. That said, Trump was treated like garbage by the corporate media and by Democrats, and thus his hostility can be often understood.
Trumpism was tapped into in the 2016 election in the victory of Donald Trump, but it is far from over. Whether the 2024 presidential election candidate is Trump, Florida Gov. Ron DeSantis, or perhaps South Dakota Gov. Kristi Noem, it is abundantly clear that Republican voters seek to build on the legacy of the 45th president. After all, in the 2024 presidential straw poll at CPAC, 95 percent of attendees said the GOP ought to continue down the path of the Trump agenda.
Trump may not be in the Oval Office, but make no mistake, Trumpism is here to stay. Whether it be 2024 or 2028 or 2032, conservatives are hungry for politicians who both cut through the nonsense and make an honest attempt to preserve American liberty.
Gabe Kaminsky is an intern at The Federalist, and a student at the University of Pittsburgh. His work has appeared in The Daily Wire, Townhall.com, The Washington Times, The American Conservative, RealClearPolitics, The Washington Examiner, and other outlets. He is a participant in the Academy program at The Heritage Foundation. Follow him on Twitter @Gabe__Kaminsky
2016 presidential campaign 2016 presidential election 2020 presidential election 2024 conservatives CPAC Donald Trump Joe Biden Kristi Noem President Trump Republicans Ron DeSantis Trump Trumpism

Original Story: ‘Trumpism’ Will Extend Far Beyond The Man Himself