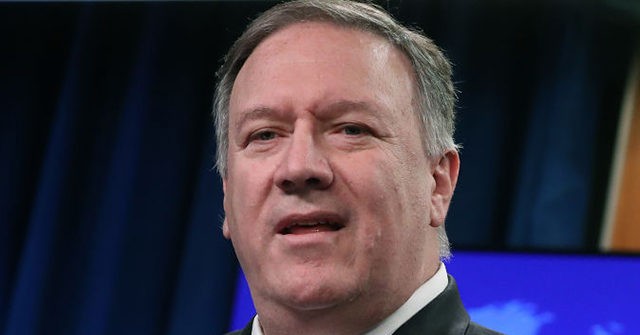 Pompeo: World Leaders Watching Biden’s Public Absence ‘Very Closely’ — ‘They Wonder’
304
Jeff Poor
3 Mar 2021During Wednesday’s broadcast of FNC’s “Hannity,” former Secretary of State Mike Pompeo warned that President Joe Biden not taking a more out front posture compared to his predecessor former President Donald Trump, could have consequences.
Host Sean Hannity asked Pompeo what he made of the Biden administration unwilling to put Biden in front of cameras to field questions and instead using staff.
“Sean, world leaders, and my counterparts all across the world are watching very closely,” he said. “Senior leadership all across the world, they’d watch every statement that is made. They watch every move. They see what their patterns are like, the kinds of behaviors they exhibit — exhibit when times are tough and when the pressure is really on. And so, you remember, President Trump would be out there.”
“He talked to the media all the time, probably more than any modern president,” Pompeo continued. “He was out engaging with the media on a broad range of topics, wide open. He’d take questions from just about everyone. When a leader can’t do that, when they can’t take questions, when they can’t explain the policies that they are engaged in, when they seem to be hiding behind, whether that’s staff or just the fact that they don’t have time, leaders watch that. They wonder.”
“And you’ll see — you see when the United States exhibits weakness, it creates real risk for our soldiers, sailors, airmen, marines all across the world,” he added. “Weakness begets wars, and strength determines whether our adversaries can be deterred. And it also determines whether our allies really want to toss in with us when the times get most difficult.”
Follow Jeff Poor on Twitter @jeff_poor
ClipsPoliticsFox News ChannelHannityJoe BidenMike PompeoSean Hannity
.