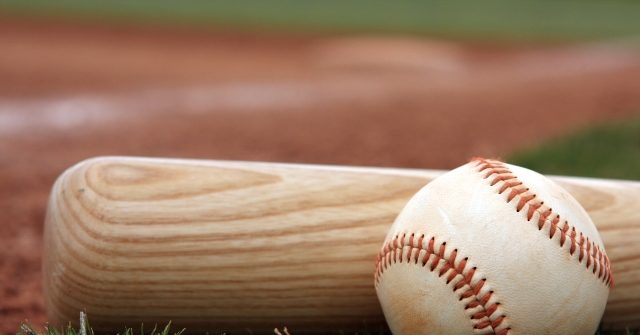 High School Baseball Players Suspended for Taking Senior Photo Without Masks
116 iStock / Getty Images Plus
Dylan Gwinn
4 Mar 2021
A group of high school senior baseball players in California found themselves in hot water after posing for a photo without masks.
The John Burroughs High School varsity team had been scheduled to begin conditioning work on March 1, but the team had to delay those plans after Burbank Unified School District Superintendent Matt Hill handed down a two-week suspension in response to the maskless photo.
Hill explained his decision in an email to the Los Angeles Daily News:
We had a group of players and families dress up in uniform and take pictures on campus in violation of health orders (no masks, no social distancing, and mixing of families). They then posted the picture on a JBHS baseball social media site. No player or family from the team notified the coach, school, or district of this health order violation.
I have decided to delay the return of athletic conditioning for the JBHS baseball team by one week so that the team can review health guidelines and safety protocols. I look forward to the team beginning conditioning on Monday, safely.
That explanation did not sit well with Jo Dee Freck, the baseball mom who reportedly took the picture.
“Our boys have been teammates and friends for years prior to Burroughs, which has brought the families so close,” Freck said. “The kids have lost (almost) an entire year. This photo was taken with the idea to commemorate and remember their senior season.
She added, “The boys were just trying to make their moms happy.”
Hill’s suspension was not just confined to the eight players in the photo. Instead, the suspension was applied to the entire varsity team. A punishment that baseball dad Brian Nichols felt went too far.
“For Matt Hill to discipline a team of players based on an individual offense, separate from any team activity, is unprecedented and an egregious abuse of the district’s power in order to prove a point,” Nichols said. “For a district that claims to care about the mental health of its students, this decision is in direct opposition of that claim.”
Hill steadfastly maintains that the punishment was justified since it violated state and county health guidelines, the Los Angeles Daily News reports.
Members of the John Burroughs High School varsity team who were not in the photo will begin conditioning on March 8. The seniors in the photo will report for conditioning on March 15.
PoliticsScienceSportsbaseballcoronavirusCOVID-19high school baseballJohn Burroughs High Schoolmasks
.