Hawley Slams ‘Mr. Unity’ Biden — ‘If You Disagree with Him You’re a Neanderthal’ 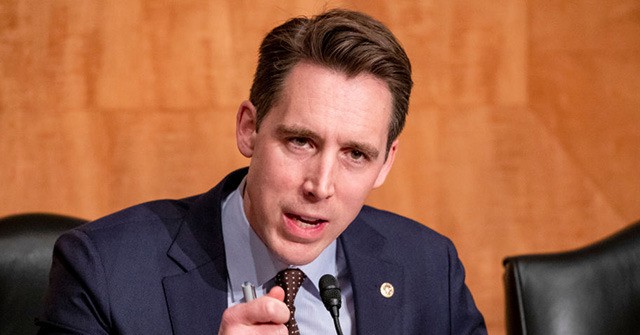 Hawley Slams ‘Mr. Unity’ Biden — ‘If You Disagree with Him You’re a Neanderthal’
2
Trent Baker
4 Mar 2021
Senator Josh Hawley (R-MO) on Thursday sounded off on “Mr. Unity” President Joe Biden for his critical remarks of states lifting mask mandates as coronavirus numbers are on the decline. Biden recently described the loosening of COVID-19 restrictions in some states as “Neanderthal thinking.”
Hawley, during FNC’s broadcast of “Fox & Friends,” pointed out how much of a “uniter” Biden has claimed to be despite also calling people he disagrees with a “Neanderthal” or a Nazi.
“What a uniter Joe Biden is. You know this is Mr. Unity. And yet, if you disagree with him, you’re a Neanderthal. This is a guy who has also called people who disagree with him Nazis,” Hawley advised. “I mean, it is unbelievable. In Missouri, we are kind of used to this because we’re always called by the D.C. crowd ‘flyover country,’ so we’ve gotten this treatment for years. But the truth is there’s nothing wrong with actually following the science and allowing people to make their own decisions. In Missouri, we have had a flexible approach in the beginning. I think our governor has done a good job in giving local counties the ability to make their own decisions.”
He continued, “But listen, if Joe Biden really wants to do more, why doesn’t he focus his COVID relief package on vaccine distribution and actually put the brunt of the package there? Instead, he is spending hundreds of millions of dollars on stuff like abortion providers and environmental justice. That shows you where his priorities are.”
Follow Trent Baker on Twitter @MagnifiTrent
ClipsHealthPoliticscoronavirusFox & FriendsFox News ChannelJoe BidenJosh Hawley
.

Original Story: Hawley Slams ‘Mr. Unity’ Biden — ‘If You Disagree with Him You’re a Neanderthal’