GOP Rep. Palmer: ‘Biden Lied to the American People About Being a Moderate’ 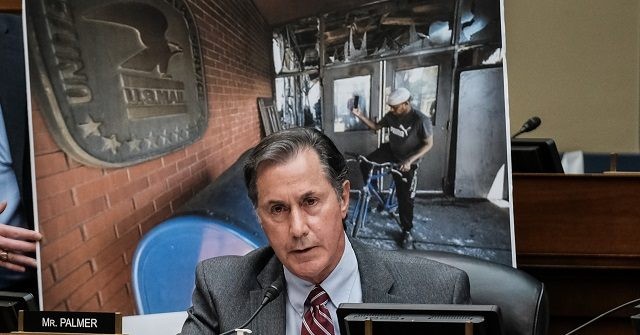 GOP Rep. Palmer: ‘Biden Lied to the American People About Being a Moderate’
38
Jeff Poor
3 Mar 2021During an appearance on Mobile, AL radio’s FM Talk 106.5 on Wednesday, Rep. Gary Palmer (R-AL), the House Republican Policy Committee chairman, expressed his concern about President Joe Biden’s approach to foreign policy at this early stage of his presidency.
Palmer was asked if Biden was leading the charge, as Democrats have the House, Senate and White House, given much of the early momentum seems to be coming from the House at Speaker Nancy Pelosi’s (D-CA) behest.
“I think there’s some truth to that,” he said. “I don’t know that it’s totally the case, but I think there’s some truth to that. I think what this shows is Biden lied to the American people about being a moderate. He’s not. I can only imagine — if he is a moderate, there must be a reason. Somebody must be holding something over his head to force him to do some of the things he is doing, take the actions that he is taking.”
“I’m very concerned about what’s going on in the Middle East with Iran,” Palmer continued. “They are clearly testing his resolve. Under President Trump, we de-escalated that. We were on path to historic agreements. We already have historic agreements between Israel and some of the Arab nations. I am very concerned he is going to have a very feckless, reckless foreign policy that is going to cause us a lot of problems. And the fact — it may have been a militia that fired those rockets at our air force base yesterday — they’re clearly backed by Iran.”
Follow Jeff Poor on Twitter @jeff_poor
ClipsPoliticsFM Talk 106.5Gary PalmerJoe Biden
.

Original Story: GOP Rep. Palmer: ‘Biden Lied to the American People About Being a Moderate’