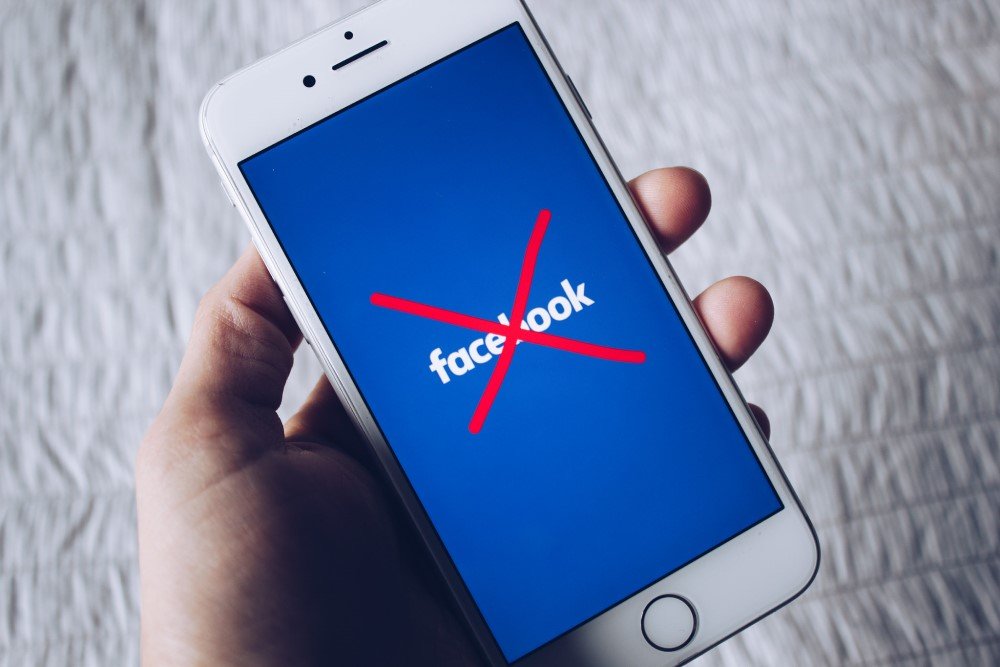 Big Tech Censorship Is Now Hitting Completely Non-Political Businesses And Nonprofits Three stories about apolitical businesses and charities, like the many others before them, portend a scary future for using social media platforms to market one’s cause or business.
By Phillip Stutts
Let me tell you what happened. Justin Donald wanted to spread his unique financial message to the average investor. He hit it big. His recently released book, “The Lifestyle Investor: The 10 Commandments of Cash Flow Investing for Passive Income and Financial Freedom,” landed No. 1 on the Wall Street Journal’s best-seller list. Pretty cool, right?
It almost didn’t happen. As Justin was planning to launch his book, he needed to get it loaded onto Amazon’s platform for sale. Amazon refused.
That’s right, Amazon refused to put Justin’s book on their platform because he had dared to describe (in his book) how he invested and made money during the COVID-19 pandemic. Amazon’s explanation? They said Justin was not a medical professional, so he wasn’t allowed to even use the following words in his book: “pandemic,” “COVID,” “COVID-19,” and “coronavirus.” I’m not making this up.
Even though Justin was only using those medical terms to address how his investment portfolio performed during the pandemic, Amazon refused to budge. So he removed the terms from his book. Utterly ridiculous.
The second story is even worse. It involves an incredible charity called the Emerald Coast Children’s Advocacy Center (ECCAC), whose mission is to provide support for children who have been sexually or physically abused, neglected, or assaulted. What was ECCAC’S social media crime?
Bottom line: A charity that needs donors to fund their efforts to save sexually and physically abused kids from harm is being banned from promoting their work to grow supporters and their community on Facebook. This is actually happening.
I’ve had my own issues with Facebook. They banned my soon-to-be-released business marketing book called “The Undefeated Marketing System — How To Grow Your Business And Build Your Brand Using The Secret Formula That Elects Presidents.”
Let me ask you a question: does that title sound like a book that’s trying to influence an election? Or does it sound like a business marketing book?
Facebook said my title was a violation of their political ad ban and that my ads were trying to influence an election. What election was I trying to influence?
Flabbergasted, I told my team to appeal the decision and explain to the moronic Facebook “hall monitors” that the book has nothing to do with right versus left or any election; it’s about how business leaders should employ a five-step marketing system that is used to elect presidents, including Donald Trump, Joe Biden, or any political candidate at all.
I’ll give you one guess as to how the referees at Facebook responded to my appeal. You got it right, they refused to back down and then banned my business book ad campaign, again, claiming it was a violation of their policy for trying to influence an election.
Still confused? So were Bill Hemmer and Dana Perino of Fox News when they interviewed me on this Facebook ban story:
Since 2018, political advertisements have been subjected to the scrutiny of the social media police. You might think that’s a great idea (everyone hates those crazy political ads!) until you realize that it now extends to certain charities, like ECCAC.
It only took two years for these policies to seep into the nonprofit and corporate marketing world. The tech oligarchs don’t care what your intent is, they will decide what ad, what message or what company triggers their algorithm and thus can determine your fate. Right or wrong — doesn’t matter.
So @amazon announcing that it will no longer sell books with “material we deem inappropriate or offensive” makes me wonder if they’ll start with The Bible, The Koran, or The Adventures of Huckleberry Finn.
Over the past two years, I’ve laid out my belief that social media is coming upon a big disruption. Whether it happens in the next year or five years, I’m more convinced than ever that it’s coming.
Ultimately, Congress must do something stop this blatant censorship. The law in place right now, called “Section 230 of the Communications Decency Act,” basically gives the social media companies legal immunity over their users’ words and actions.
This has given those social media companies the leverage to police speech. A few Democrat U.S. senators want to address some of these issues with their recent proposal called the Safe Tech Act.
Still, unfortunately, their effort will fall short of holding big tech accountable and might actually give these platforms more power over you and your messages, data, and ad dollars. It’s a scary time.
Photo www.shopcatalog.com / Flickr
advertising Amazon Big Tech business censorship charities Facebook free speech marketing nonprofits platforms Section 230 small business social media social media platforms tech technology