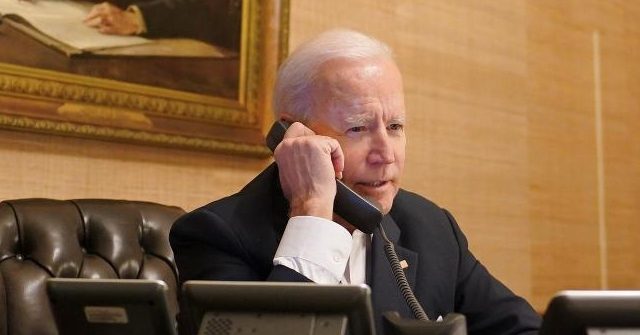 Biden Backs Lower Income Cut Off for Stimulus Checks
3,650 White House
John Carney
3 Mar 2021
In a bid to keep moderate Democratic Senators on board the push for his coronavirus relief package, President Joe Biden has signed off on a plan to tighten eligibility for direct stimulus payments, according to multiple reports.
The direct payments would remain at the $1,400 level, the phase-outs thresnholds would remain the same, but caps would fall. As a result, more Americans would be cut off from payments.
In the revised proposal, individual filers earning over $80,000 would not qualify for the payments. That’s down from the $100,000 cap in the House bill. Married couples would be cut off at $160,000, down from $200,000. The thresholds for reduced payments would remain at $75,000 for single filers and $150,000 for joint filers.
A handful of more moderate Senate Democrats, include Sens. Joe Manchin (D-WV) and Jeanne Shaheen (D-NH), have pushed for the bill to more tightly target those most hurt by the pandemic.
It is not yet clear how much the cost of the bill would be reduced by the changes. The House version reportedly would spend $1.9 trillion.
With Republicans seemingly united against the bill, Democrats will need all 50 Senators in their caucus to support the bill.
EconomyPoliticsDemocratsJoe Bidenstimulusstimulus checks
.