Texas Judge, Three Others Charged with 150 Counts of Voter Fraud in Republican Primary 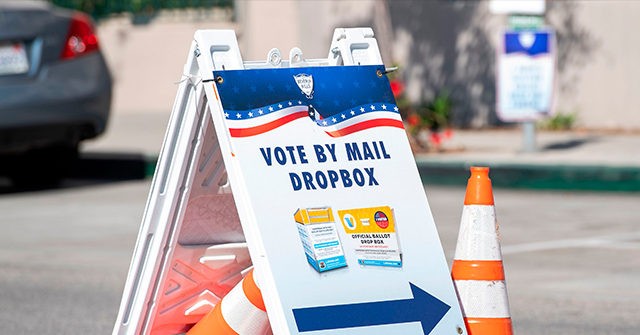 Texas Judge, Three Others Charged with 150 Counts of Voter Fraud in Republican Primary
2,657 VALERIE MACON/AFP via Getty Images
Bob Price
2 Mar 2021
A grand jury indicted a Texas justice of the peace and three other people in February in connection to an investigation into voting fraud. The four co-defendants face 150 counts related to the 2018 Medina County Primary Election.
A grand jury handed down indictments on February 11 charging Medina County, Texas, Justice of the Peace Tomas Ramirez, Leonor Rivas Garza, Eva Ann Martinez with 150 counts of voter fraud, News4SA reported. The indictment includes charges relating to organized election fraud, assisting voter voting ballot by mail, unlawful possession of a ballot or ballot envelop, illegal voting, election fraud, fraudulent use of an absentee ballot by mail, acting as an agent, tampering with government records, and election fraud.
The charges stem from an investigation by the Texas Office of the Attorney General. A statement from the attorney general’s office reads:
In Bandera County, Leonor Rivas Garza, Eva Ann Martinez and Tomas Ramirez were indicted on several charges related to the 2018 Medina County Primary Election. On February 11, Garza, Martinez and Ramirez turned themselves into the Bandera County Justice System. This case involved allegations of vote harvesting at assisted living centers in Medina County in the 2018 Medina County Primary Election.
Breitbart Texas reached out to the attorney general’s office for additional information on these charges. An immediate response was not available.
News4SA reports Justice of the Peace Ramirez, a Republican, has been suspended following his arrest.
KENS CBS5 reached out to the officials in Medina County for more information. A response from Ramirez reads:
I was stunned by the allegations because there is absolutely no truth to them. I have spent the last 27 years building my law practice and serving in this community which has created my reputation for fairness, sincerity and integrity. I entered the race for JP because I wanted to serve Medina County and make the office function better for its citizens. I feel I have done exactly that up to this point. For people who know me, these allegations are absurd. To those who don’t, it provides reason to sneer and hate.
I will vigorously defend myself to the fullest extent and I fully expect to be vindicated.
Bob Price serves as associate editor and senior news contributor for the Breitbart Texas-Border team. He is an original member of the Breitbart Texas team. Price is a regular panelist on Fox 26 Houston’s Sunday-morning talk show, What’s Your Point? Follow him on Twitter @BobPriceBBTX, Parler @BobPrice, and Facebook.
Border / Cartel ChroniclesPoliticsPre-Viralabsentee ballotsabsentee votingOffice of the Texas Attorney Generalvoter fraud
.