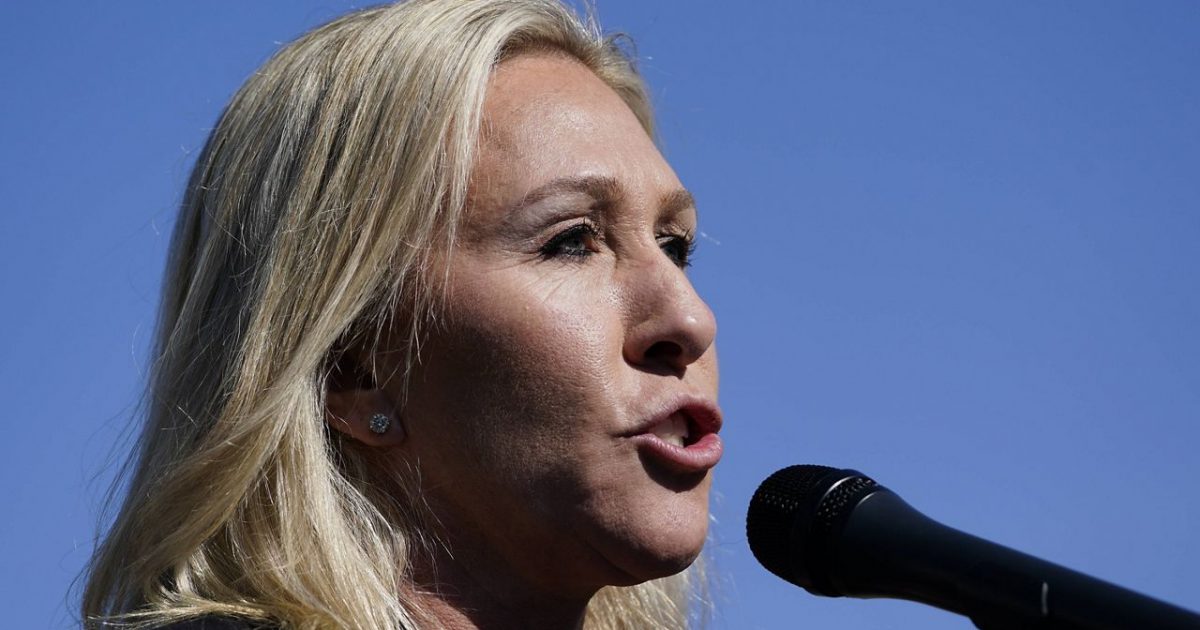 UPDATED 7:44 AM PT – Tuesday, March 2, 2021
Rep. Marjorie Taylor Greene (R-Ga.) has continued to push back against Democrat attempts at criminal justice reform.
In a long Twitter thread on Monday, the Georgia lawmaker railed against the George Floyd Justice in Policing Act. She said the bill claims to be pro-racial justice when all it really does is “castrate police,” in turn, making it harder for them to keep communities safe.
In her tweets, Taylor Greene spoke out against attempts to ban the use of facial recognition technology in order to catch suspected criminals. Facial recognition software scans biometric data based on pictures or video footage in order to identify people.
Democrats have argued this software is discriminatory against people of color and women due to studies finding the error rate in identification is higher among those demographics than in white males.
However, Taylor Greene argued that getting rid of the software limits the tool kit for law enforcement to catch violent criminals. She pointed out that in cases of murder, police wouldn’t be able to use that software to identify suspects. The Republican added, this is just the tip of the iceberg.
…Facial profiling at every level of law enforcement would be prohibited.
Facial recognition means an automated process that analyzes biometric data of an individual from video footage to identify or assist in identifying an individual.
So that means…
— Marjorie Taylor Greene 🇺🇸 (@mtgreenee) March 1, 2021Taylor Greene also pointed to a provision defining police “use of force” as any time an officer points a gun a someone. She argued this limits the ways in which police can apprehend violent criminals or deescalate situations.
The Georgia Republican then called out attempts to repeal qualified immunity. This principle grants officers certain legal protections, so they can’t easily be sued for actions undertaken in performance of their duties. Taylor Greene said this would open up officers to a flurry of litigation from trigger-happy racial justice lawyers.
Finally, she spoke out against claims that police discriminate against communities of color. Taylor Greene pointed out that while data shows 27 unarmed black men were killed by law enforcement in 2019, which is the most recent data, that statistic doesn’t show the countless lives that are saved by law enforcement on a daily basis.
The Republican representative has long been a major critic of the leftist approach to police reform. She has pointed to their willingness to support violence to bolster their anti-police narrative and their reluctance to pass those same measures in their own districts, cities and states.
“Democrats are on record supporting violence when it serves their cause, in their own words, on social media, on interviews and on fundraising platforms blue,” she stated. “Democrats support defunding the police when it’s someone else’s city, someone else’s home and someone else’s businesses.”
The House of Representatives is likely to vote on the George Floyd Justice in Policing Act sometime this week.