GOP Rep. Moore: Biden ‘Nowhere to Be Found’ — 2022 Will Be a ‘Tremendous Landslide’ for Republicans 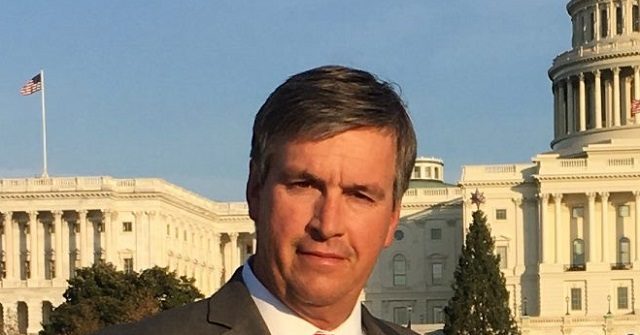 GOP Rep. Moore: Biden ‘Nowhere to Be Found’ — 2022 Will Be a ‘Tremendous Landslide’ for Republicans
14
Jeff Poor
2 Mar 2021
Now that Democrats have control of the House, Senate and White House, it is apparent that elections have consequences as the Democrat leadership in Congress moves forward with a so-called progressive agenda. However, Rep. Barry Moore (R-AL) anticipates that Democrat agenda, which seems to be proceeding without President Joe Biden guiding its path, will have election consequences for Democrats in the next midterm.
During an interview that aired Monday on Mobile, AL radio’s FM Talk 106.5, the freshman Republican congressman predicted a “tremendous landslide” for his party in 2022.
“Obama lost slightly above 50 seats, I think, in his first midterm election,” Moore said. “Clinton lost around 60, I believe — a little over 60. I haven’t done the math. But I tell you this — Joe Biden is nowhere to be found up here. If we as the American people sit back and say, ‘What has the administration done for the American people to help them,’ you can’t name a single thing. Every single policy, every single executive order, everything the Democrats are doing on the Hill are anti-American family. They’re anti-American taxpayer. They’re anti-American.”
“And so, the voters are going to wake up,” he continued. “But I think it will be a tremendous landslide for the Republicans in the midterms. We didn’t lose a single seat down the ballot in Congress. We gained ground. We held the 50 in the Senate. We thought we were going to lose that. We gained some governors around the country. The Republican Party is making a great comeback. The only thing was at the top of the ballot, and that was an anomaly. Really strange how that happened.”
Follow Jeff Poor on Twitter @jeff_poor
ClipsMidterm Election2022 midtermBarry MooreFM Talk 106.5Joe Biden
.

Original Story: GOP Rep. Moore: Biden ‘Nowhere to Be Found’ — 2022 Will Be a ‘Tremendous Landslide’ for Republicans