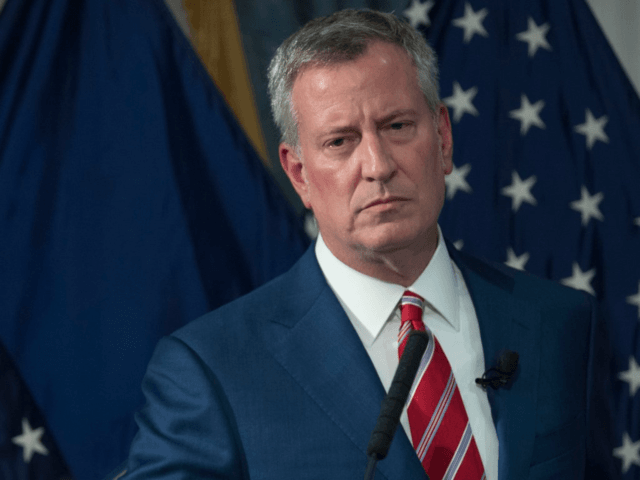 Bill de Blasio Thinks ‘More Truth Will Come Out’ About Andrew Cuomo’s ‘Pattern of Abuse’
2,404 AP Photo/Mary Altaffer
Joshua Caplan
1 Mar 2021
New York City Mayor Bill de Blasio (D) on Monday predicted “more truth will come out” regarding New York Gov. Andrew Cuomo’s (D) “pattern of abuse” after two former aides accused the governor of sexual harassment.
Mayor de Blasio on sexual harassment allegations against Gov. Cuomo:
“I think more and more people will be talking about what they have experienced…This is not the way a leader should treat anybody. What these women went through is unacceptable.” https://t.co/uJ1i7AFgJY pic.twitter.com/WilEXdgsUD
— CBS News (@CBSNews) March 1, 2021
A transcript is as follows:
REPORTER: I remember, of course, in 2015 when you spoke to Gov. Cuomo being a person who has a vendetta against people. Do you believe this crisis he is facing now is the lowest point perhaps in his political career is a culmination of sorts for his behavior toward everyone these past years?
MAYOR BILL DE BLASIO: I don’t know why he has done these things he has done over the years, but he has. I was talking about it in 2015 because, to me, it had become unacceptable and it was important to bring it out in the open. I think more and more people are going to be talking about what they’ve experienced. And I think as people see more and more evidence, it’s going to be clear this is not the way any leader should treat anybody. What these two women went through was absolutely unacceptable, what Ron Kim went through, having his life and career threatened. Again, just look at this pattern of abuse. It’s unacceptable. I think a lot of truth is coming out, and I think more truth will come out.
PoliticsAndrew CuomoBill de Blasio
.