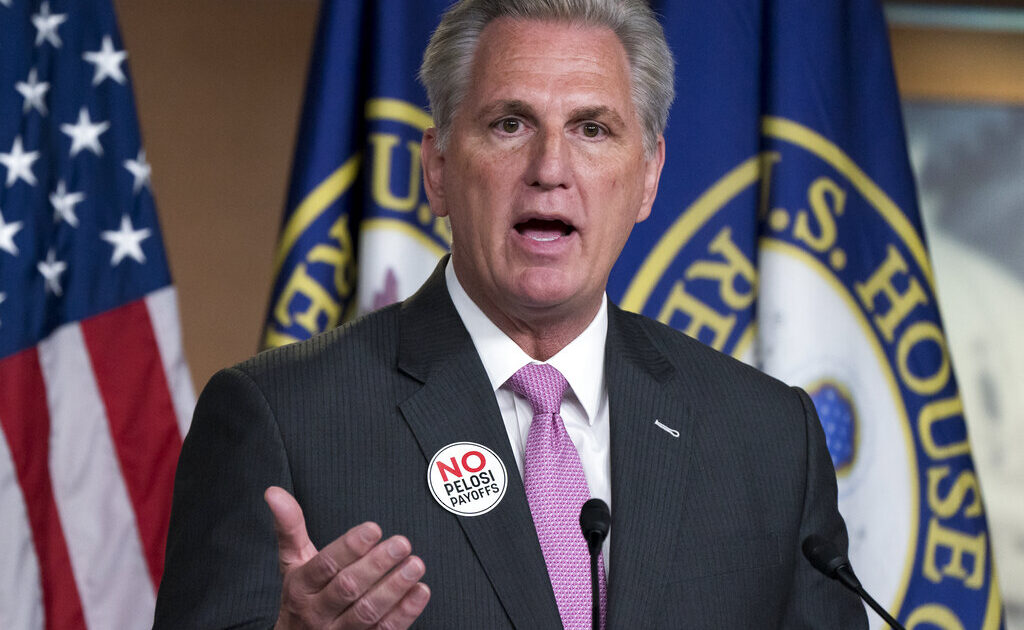 UPDATED 12:54 PM PT – Saturday, February 27, 2021
House Minority Leader Kevin McCarthy (R-Calif.) put the left on the spot after House Democrats added more “pork” to the upcoming coronavirus relief bill.
While speaking at a press conference on Friday, McCarthy criticized the House Rules Committee for adding $140 million to a subway project near Speaker Nancy Pelosi’s (D-Calif.) district.
Check the fine print:
Page 97: Democrats hand out health care subsidies to illegal immigrants
Page 347: They fast-track $1.5 billion to Amtrak, which hasn’t even spent the $1 billion from the last package
Page 358: They funnel $140 million for a tunnel near Pelosi’s district
— Kevin McCarthy (@GOPLeader) February 27, 2021He pointed out the extra pork doesn’t directly address relief for the pandemic, while pressuring Pelosi to redirect the funds toward mental health.
McCarthy went on to blast Democrats for including a minimum wage boost in the House package, saying they hope to “pay off progressives.”
“I think there’s a place that we can solve this problem. Unfortunately, the Democrats seem the only reason they’re keeping it in, for politics. I mean, the true question would be to Nancy Pelosi,” McCarthy stated. “She knows it will not survive in the Senate because the parliamentarian already told her that. So she is keeping it in the bill to keep her payoffs, exactly what I named the bill. This is for a progressive wing of the party who says they will not vote for the bill unless they have that in there.”
The Democrats are including it, despite the Senate parliamentarian ruling Thursday that a minimum wage increase can not be included in the bill.