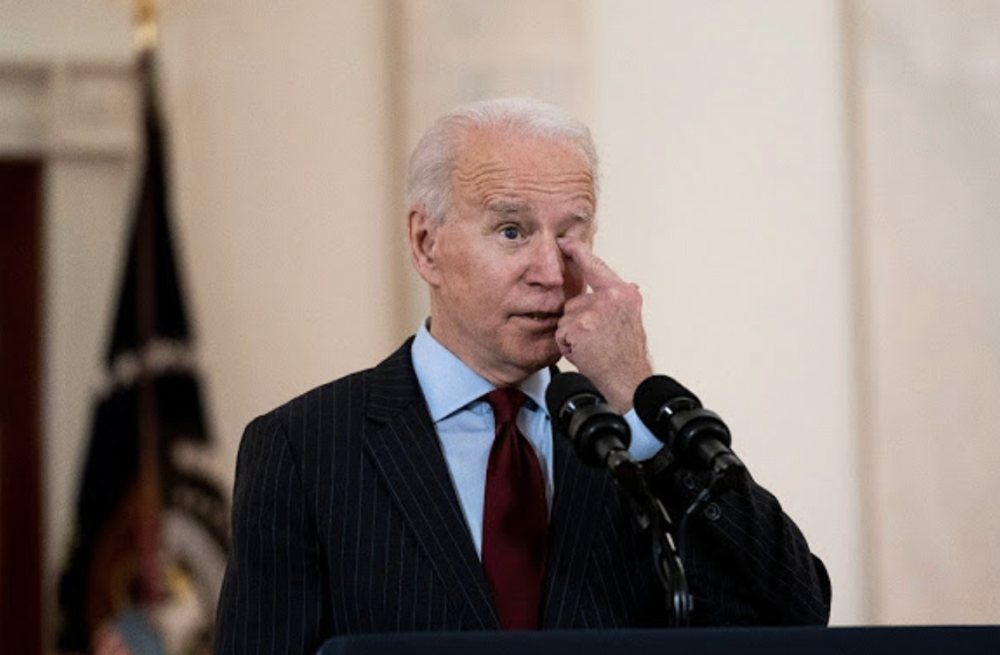 Joe Biden’s Cabinet Nominees Prove His Unity Claims Are Garbage Unity to the left means playing God and governing like kings and queens.
By Gabe Kaminsky
“With unity we can do great things. Important things. We can right wrongs. We can put people to work in good jobs. We can teach our children in safe schools. We can overcome this deadly virus. We can reward work, rebuild the middle class, and make health care secure for all. We can deliver racial justice,” Biden said.
Then Biden signed the most executive orders (15) in his first day than any other U.S. [resident in history—notably eliminating the Trump administration’s 1776 Commission to properly educate students about America’s founding. His cabinet nominations also do not spell unity. They indicate the opposite.
Throughout this week, the secretary of Health and Human Services Xavier Becerra sat before the Senate Health, Education, Labor, and Pensions and Senate Finance committees for his confirmation hearings and notably dodged questions on his partial-birth abortion stance, and about suing nuns to force them into abortion coverage in 2017. The California attorney general is a far-left radical with zero public health experience or expertise.
Former Deputy Secretary of State and Deputy National Security advisor under the Obama administration Antony Blinken, who was confirmed by the Senate to be Biden’s secretary of state on Jan. 26., allowed the State Department to conclude there is “insufficient evidence to prove genocide” by China against Uighurs on Feb. 20. Millions of Uighurs suffer in concentration camps at the hands of the Chinese Community Party, but while Blinken admitted that former “President Donald Trump was right in taking a tougher approach to China” during his confirmation hearings, American citizens are waiting for warranted pressure on the totalitarian regime.
Janet Yellen, the secretary of Treasury and former chair of the Federal Reserve from 2014 to 2018, has called for a staggering $2 billion carbon tax on American taxpayers that would reportedly increase gasoline prices by 40 cents per gallon. In Yellen’s first public remarks after being nominated by Biden, she discussed pursuing “racial equity” policies to solve “racial disparities in pay, job opportunities, housing, food security, and small business lending that deny wealth building to communities of color.” Or, in other words, equality of outcome: communism.
Neera Tanden, nominated to be director of Office of Management and Budget, deleted thousands of tweets pushing conspiracy theories about the 2016 Russia collusion hoax, as well as attacks on Sen. Susan Collins, R-Maine, whose vote she will need for her confirmation. Tanden is the former president and CEO of the Center for American Progress, an organization that supports defunding prisons and police.
Biden associate attorney general nominee Vanita Gupta is the CEO and president of a far-left interest group that supports banning police from all schools. Gupta helped bail out rioters and looters this summer through the Minnesota Freedom Fund, like Vice President Kamala Harris, and advocates for “community policing,” not “real” policing, according to the 416-page report put out by her organization. Gupta has not yet been confirmed by the Judiciary Committee. Gupta has continually supported Marxist organization Black Lives Matter.
The only experience Secretary of Transportation nominee Pete Buttigieg, who was confirmed on Feb. 2, has in his new domain is announcing that his favorite board game is “Ticket to Ride,” as well as declaring his “romantic” and “personal love of transportation.” Buttigieg is also not remotely the moderate that the leftist media declares him to be. Buttigieg has advocated for packing the Supreme Court, abolishing the Electoral College, and giving amnesty as well as taxpayer-subsidized college grants to illegal immigrants.
This cast of leftist characters who are already or likely to serve in the Biden administration is just a snapshot into the sort of individuals Mr. Unity has appointed. They are largely far-left and deep-state operatives.
Just as President Biden and the Democrats have vilified Republicans nonstop for four years as white supremacists and now purport to be leaders for “all Americans,” as Biden said in his inaugural address, it is very, very difficult to see where the left is not aiming to cram radicalism down Americans’ throats.
A sense of national unity sounds nice. It truly does. If you look around the country, you see endless and exhausting division. It’s sickening to think about the extent to which Americans today are unable to even be in the same room as those on the other side of the aisle. It’s a real shame.
But it is only fitting that after the Democrats finally ousted the bad orange man, they would incessantly call for “unity.” This could not have better exemplified than by the Bruce Springsteen commercial on Super Bowl Sunday, a tone-deaf and ironic plea after the musician has spent decades ridiculing conservatives with ad-hominem attacks.
It may very well be a “time to heal,” but Biden’s cabinet nominees make one thing very clear. Unity to the left means playing God and governing like power-hungry kings and queens.
Gabe Kaminsky is an intern at The Federalist, and a student at the University of Pittsburgh. His work has appeared in The Daily Wire, Townhall.com, The Washington Times, The American Conservative, RealClearPolitics, The Washington Examiner, and other outlets. He is a participant in the Academy program at The Heritage Foundation. Follow him on Twitter @Gabe__Kaminsky
Antony Blinken Barack Obama Biden Donald Trump false advertising Janet Yellen Joe Biden Neera Tanden Pete Buttigieg President Biden President Trump Trump unity Vanita Gupta Xavier Becerra