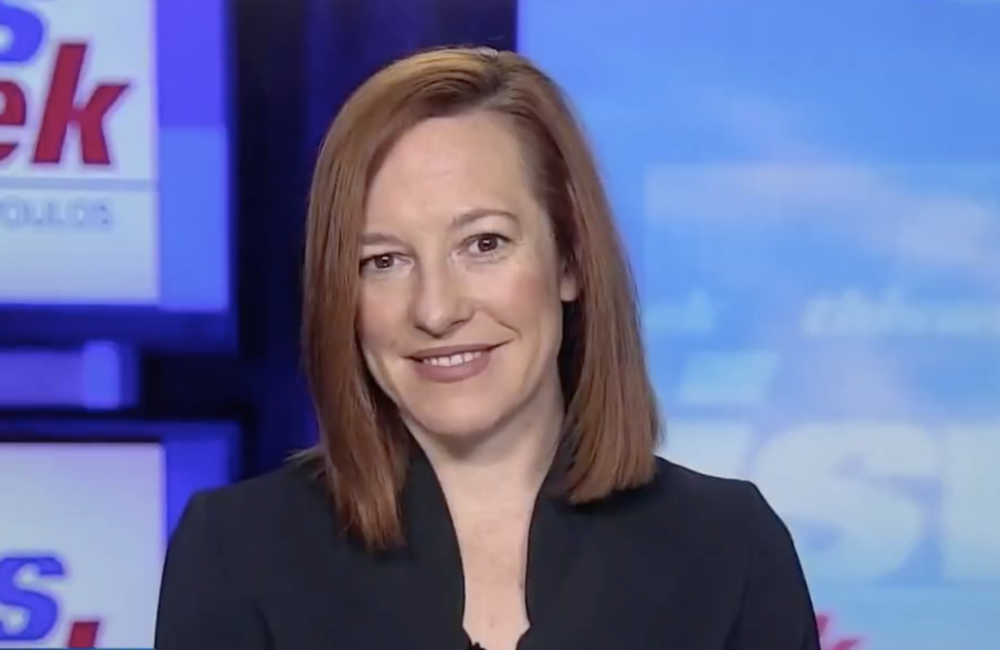 While New York state Attorney General Letitia James found that Cuomo, his administration, and the state’s Health Department severely undercounted the number of COVID-related deaths in nursing homes by as much as 50 percent and his top aide admitted the state’s top office purposefully hid the nursing home COVID-19 death toll out of fear of a federal investigation, Psaki still defended him.
“Does President Biden still consider Andrew Cuomo the ‘gold standard’ when it comes to leadership on the pandemic?” the ABC News’ “This Week” host Jon Karl asked after playing a clip of Biden in April 2020 praising Cuomo’s COVID-19 response.
Psaki evaded the question, choosing to praise Cuomo for his leadership and position as chair of the National Governors Association.
“We work with Gov. Cuomo just like we work with governors across the country,” she said. “…He plays an important role in ensuring that we’re coordinating closely in getting assistance out to people in his state and to states across the country and we’ll continue to do that.”
Biden’s press secretary repeatedly refuses to condemn Andrew Cuomo’s actions that led to the deaths of thousands of elderly New York nursing home residents. pic.twitter.com/0VPApRtUV2
Psaki noted that while Cuomo may be under investigation for his COVID-19 mishandlings during the last year, it is up to “the appropriate law enforcement authorities to determine how that path is going to move as we look forward.”
When pushed further by Karl to answer the original question, Psaki, once again, merely shrugged it off, reiterating the administration’s working relationship with Cuomo and other governors.
“Well, it doesn’t always have to be a yes or no answer, Jon,” she retorted. “I think the president is focused on his goals, his objectives as president of the United States. He’s going to continue to work with Gov. Cuomo, just like he’ll continue to work with governors across the country.”
Psaki concluded that she was not “here to give new labels or names from the president,” but to “communicate with you about what our focuses are and what his objectives are as president.”
Psaki isn’t the only one who refuses to acknowledge Cuomo’s mishandling of the pandemic led to thousands of deaths. Angie Holan, editor in chief of notorious fact-checking site PolitiFact, also defended Cuomo against the reports and data that show his policy caused irreparable harm to nursing home and care facilities throughout the state.
“I think the situation in NY is really complicated…We don’t see hard evidence that [his order] made a significant difference in COVID deaths,” Holan said, blaming the COVID-19 spread on employees and workers who brought in the virus.
Angie Drobnic Holan, EIC of PolitiFact, on Gov. Cuomo’s COVID nursing home scandal: “I think the situation in NY is really complicated…We don’t see hard evidence that [his order] made a significant difference in COVID deaths,” adds the “issue” was employees bringing in COVID. pic.twitter.com/iwUn7CWIqX
Earlier this week, Holan’s site PolitiFact doubled down on one of its “fact-checks” concerning Cuomo, claiming that despite reports and even admissions from the governor’s office about a coverup of the thousands of deaths that occurred under his direction, it is still “mostly false” to claim that the higher percentage of deaths in New York nursing homes is even partially Cuomo’s fault.
“The fact check itself focused on a policy issued by Cuomo in March directing nursing homes in the state to accept patients who had or were suspected of having covid-19. As long as they were medically stable, the notice said, it was appropriate to move patients in,” the editor’s note on the article states. “Our ruling of Mostly False is unchanged by this new information. That rating was based on evidence that while the introduction of covid-19 positive patients into nursing homes no doubt had an effect on the spread of the coronavirus, Caputo’s statement suggested it was solely responsible. That’s not what the evidence showed, then or now.”
Jordan Davidson is a staff writer at The Federalist. She graduated from Baylor University where she majored in political science and minored in journalism.
Andrew Cuomo Biden coronavirus Covid-19 Jen Psaki New York nursing home