By Offering Amnesty Now, Democrats Are Setting Up A Massive Immigration Crisis 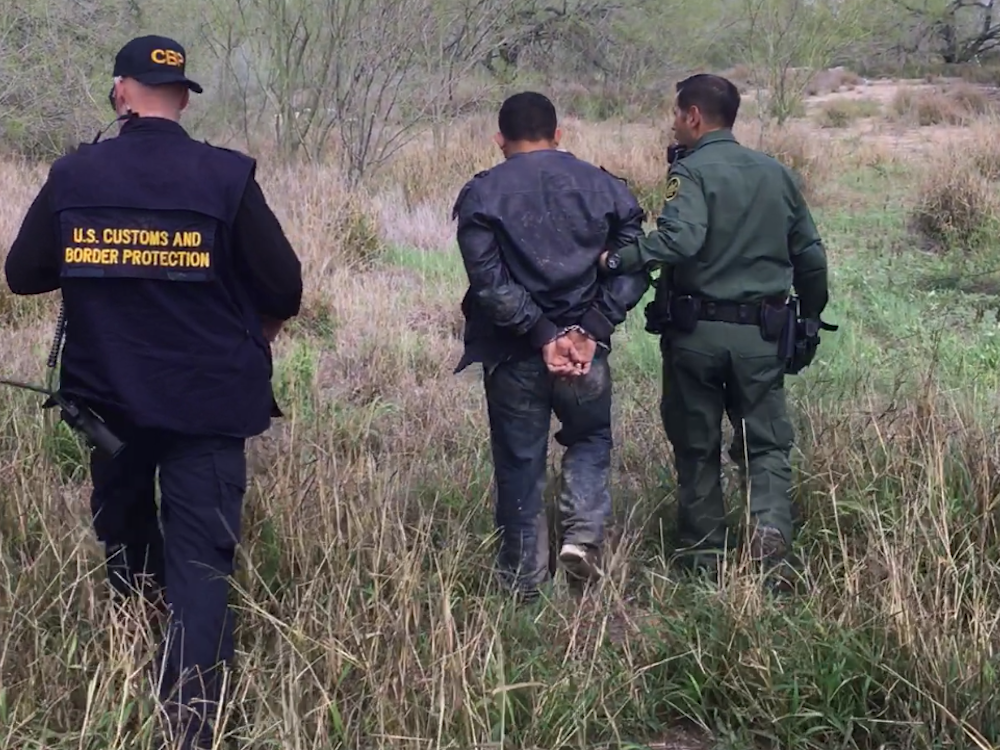 By Offering Amnesty Now, Democrats Are Setting Up A Massive Immigration Crisis Democrats unveiled an immigration bill last week that would grant amnesty to millions of illegal immigrants as conditions worsen on the border.
By John Daniel Davidson
The legislation, introduced Thursday by congressional Democrats with the full support of the Biden administration, dubbed the “U.S. Citizenship Act of 2021,” comes as President Biden is rolling back border security measures implemented under Trump and the number of illegal border crossings is surging.
Combined with the ongoing pandemic and shortages of food and water in Texas after freezing temperatures left millions of Texans without power last week, a perfect storm is brewing on the border. Earlier this month, Mexico stopped accepting Central American children and families apprehended at the border. They had previously been quickly “expelled” under emergency pandemic protocols. Now, U.S. border officials are releasing them into communities across South Texas, often without conducting COVID-19 tests.
Biden has rather weakly urged migrants to stay away, essentially telling them not to come just yet and to wait until the administration is better prepared to receive them under what amounts to Obama-era “catch-and-release” policies.
But migrants aren’t listening. Arrests of illegal immigrants are up across the U.S.-Mexico border, especially in the Del Rio sector and the Rio Grande Sector in South Texas, the border’s busiest regions for illegal crossings. The Del Rio sector, for example, saw a 172 percent increase in apprehensions from December to January. Last week, amid the power outages in Texas, the mayor of Del Rio pleaded with the Biden administration to stop releasing illegal immigrants into his community, saying, “We do not have the resources available to house and accommodate these migrants within our community.”
Meanwhile, the message has gone out to sending communities in Mexico and Central America that, with a new administration in charge now, if you can get into the United States, you can stay. To get a sense of what’s coming, consider an Associated Press report last week on a migrant shelter in Mexico, the first one Central Americans reach after trekking through a stretch of Guatemalan jungle. It has hosted nearly 1,500 migrants so far this year, compared to 3,000 for all of last year.
“We have a tremendous flow and there isn’t capacity,” said the priest who runs the shelter, Gabriel Romero, according to the AP. “The situation could get out of control. We need a dialogue with all of the authorities before this becomes chaos.”
Amid all this comes Democrats’ immigration bill, which seems almost tailor-made to worsen the situation. Unlike previous attempts at immigration reform, Democrats’ amnesty bill contains almost no provisions for additional border security. In the past, amnesty proposals were always coupled with more enforcement mechanisms for the obvious reason that if you grant amnesty to millions of illegal immigrants, it sends a strong message to would-be migrants that if they can get into the United States, they can stay. The idea used to be, grant amnesty once and simultaneously secure the border so you don’t have to do it again down the road.
Democrats have abandoned that commonsense approach in favor of what can only be described as an ideologically driven plan to open the borders, which is what the effect of a mass amnesty without border security will do. Worse, Democrats’ bill eliminates penalties for people who cross the border illegally and provides them taxpayer-funded attorneys, creating additional incentives for people to get across however they can.
Combine this with a new guidance issued by the Biden administration last week, restricting the ability of Immigration and Customs Enforcement agents to arrest and deport illegal immigrants and requiring the agency to seek prior approval before arresting anyone who isn’t a recent border crosser, a national security threat, or a convicted felon.
Some Democrats, whose constituents have to deal with the fallout from such policies, are warning their colleagues that this is the wrong time to introduce a mass amnesty bill, that it will make the gathering crisis much worse, and that Democrats will pay a heavy political price. Last week, Rep. Vicente Gonzalez, a Texas Democrat who represents an area of South Texas heavily affected by illegal immigration, told Politico that, “The way we’re doing it right now is catastrophic and is a recipe for disaster in the middle of a pandemic.”
But in some ways the disaster is already underway. Last month, Guatemalan and Mexican authorities broke up a caravan of some 9,000 Hondurans who were headed for the United States after two hurricanes and pandemic lockdowns decimated the economy there late last year. Another caravan is already forming in Honduras, according to Guatemalan officials, and smaller groups have been steadily streaming north, filling up shelters throughout Mexico.
Further south, migrants are on the move. Panama opened its border in late January and since then groups have been trekking through the dense jungle that separates Columbia and Panama, packing into camps and shelters across Costa Rica.
All of this means U.S. border facilities will eventually be overwhelmed, and as the Biden administration’s “catch-and-release” policies come online, U.S. border communities will likewise be overwhelmed. It also means there will be an increase in border violence as smugglers and cartels look to cash in on the coming crisis.
Already last month, Mexican authorities discovered 19 bodies in the back of a burnt-out pickup truck in a remote part of the northern Mexican state of Tamaulipas, which borders Texas. So far, 14 of the dead have been identified as Guatemalan nationals, and authorities believe they were headed for the United States. They were all shot.
John is the Political Editor at The Federalist. Follow him on Twitter.
Photo John Davidson
amnesty border crisis border security Central America Guatemala Honduras Illegal Immigration Immigration immigration policy Immigration reform U.S.-Mexico border