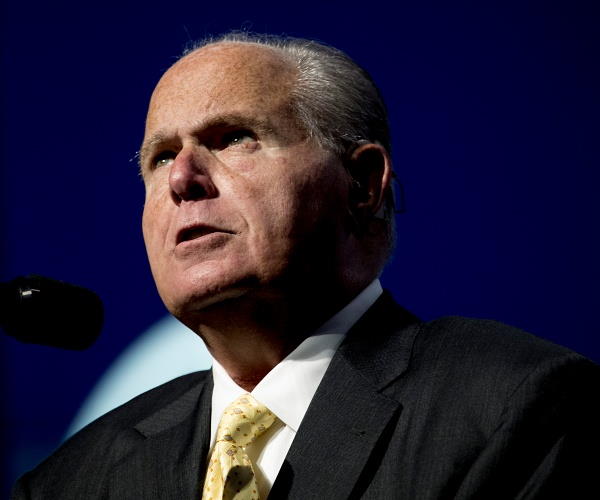 Rush Limbaugh, noting conservatives have very little in common with people in certain states, is raising the issue of secession.

Limbaugh made his comments on his radio show on Wednesday.

“I actually think that we’re trending toward secession,” he said. “I see more and more people asking what in the world do we have in common with the people who live in, say, New York? What is there that makes us believe that there is enough of us there to even have a chance at winning New York, especially if you’re talking about votes.

“A lot of bloggers have written extensively about how distant and separated and how much more separated our culture is becoming politically and that it can’t go on this way. There cannot be a peaceful coexistence of two completely different theories of life, theories of government, theories of how we manage our affairs. We can’t be in this dire a conflict without something giving somewhere along the way.

“I know that there’s a sizable and growing sentiment for people who believe that that is where we’re headed whether we want to or not. Whether we want to go there or not. I, myself, haven’t made up my mind. I still haven’t given up the idea that we are the majority and that all we have to do is find a way to unite and win.”