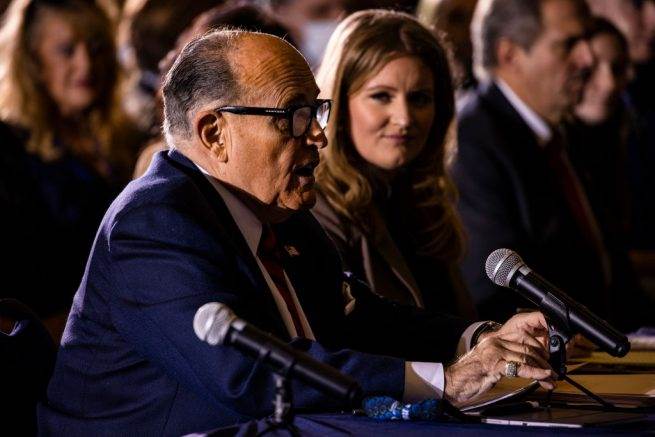 A Michigan judge approved a probe into potential voting machine fraud in the Great Lake State.

The Trump legal team is reviewing Dominion voting machines in Michigan after a state judge issued a decision to allow them to. The order was issued on Friday and it permits forensic photos to be taken from the 22 precinct tabulators in Antrim County.

President Trump’s lawyer, Rudy Giuliani, praised the decision and said that allowing the forensic review is a “big win for honest elections.”

On Sunday, Trump campaign attorney Jenna Ellis spoke on the move. She said the team will spend several hours inspecting the machines and gathering data.

Local authorities confirmed the machines in question are the same as the ones that were used in the presidential election on November 3.

The machines were originally brought into question by a voter who claimed ballots were damaged during a recent recount of a marijuana proposal vote.

A similar examination recently occurred in Georgia as President Trump has raised concerns of widespread voter fraud, which rigged the elections.