The Dirty Deals of NPR 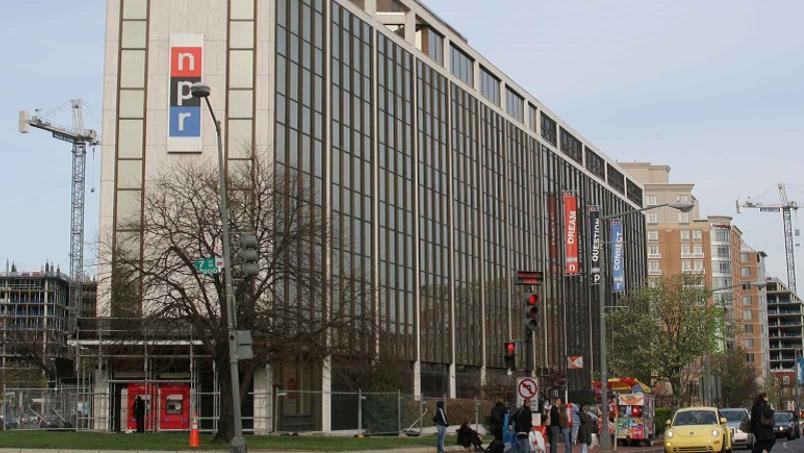 Decades of gross bias and disinformation.

National Public Radio (NPR) does not serve the American taxpayers who are paying its bills. Most recently, NPR did its part to shield Joe Biden from the fallout of the Biden family pay-for-access corruption scheme. That’s nothing new. NPR has long served as the leftwing progressive Democrat Party’s propaganda arm. Back in 2016, for example, NPR shilled for the disastrous nuclear deal pushed by the Obama administration, after receiving funding from a pro-nuclear deal advocacy group. It is long past time to end the gravy train and defund NPR.

On October 22nd, NPR’s public editor rationalized NPR’s decision to suppress coverage of the New York Post’s expose of the Hunter Biden e-mails implicating Joe Biden himself in his son’s business dealings. NPR’s managing editor Terence Samuel tweeted: “We don’t want to waste our time on stories that are not really stories, and we don’t want to waste the listeners’ and readers’ time on stories that are just pure distractions.”

The Media Research Center retorted: “How exactly is doing what is supposed to be your job of reporting and investigating a story with credible sources to be a ‘waste of time?’

David Folkenflik, NPR’s media correspondent, tried to kill the messenger that broke the story on the e-mails which were reportedly recovered from Hunter Biden’s laptop computer. Folkenflik attacked the New York Post as “suspect” and speculated “whether those emails were somehow hacked and doctored, or completely fabricated.” Folkenflik repeated the baseless claim, debunked by the FBI and Director of National Intelligence, that the New York Post story may have been part of Russia’s disinformation campaign.

News flash to NPR: You are paid by the American people to report the news and let the people make up their own minds as to what stories constitute a waste of their time or are “distractions.” If we want Big Brother to tell us what we should listen to and read, we might as well move to Communist China.

In late August 2020, NPR’s Code Switch department gave Vicky Osterweil, author of In Defense of Looting, a free platform to spout the leftist’s support for looting as a vital aspect of the Black Lives matter movement. There was no pushback from the NPR interviewer. “When I use the word looting, I mean the mass expropriation of property, mass shoplifting during a moment of upheaval or riot,” Osterweil said. “It gets people what they need for free immediately, which means that they are capable of living and reproducing their lives without having to rely on jobs or a wage…riots and looting are experienced as sort of joyous and liberatory.”

After the fact, NPR’s public editor, Kelly McBride, tried to clean up the mess created by this interview, writing that “a book author with a radical point of view far to the left was allowed to spread false information.” But it was too little too late. NPR allowed itself to be used to disseminate disinformation, which it has regularly done with a sharp tilt to the left. This was the same Kelly McBride who defended NPR’s suppression of the Hunter Biden laptop e-mails story.

Talking about spreading disinformation, NPR served as one of the principal mouthpieces pushing the Obama administration’s talking points in favor of the disastrous nuclear deal with Iran. NPR’s ombudsman criticized the network for accepting money from the Ploughshares Fund, which was part of the “echo chamber” of organizations, experts and reporters that the Obama White House had set up to positively shape public opinion on the Iran nuclear deal. The ombudsman took the network to task for “the large number of Ploughshares-funded analysts and experts who made it on the air to talk up the deal, without any acknowledgement of that by NPR.” However, while saying that “NPR’s money came from one side of a very partisan debate on a specific issue to fund reporting on a specific topic,” NPR’s ombudsman ended up exonerating NPR. She concluded that “NPR did not accept money to report favorably on the Iran deal.” If you believe that, you’ll believe anything!

Ben Rhodes, Obama’s deputy national security adviser, explained the echo chamber strategy in a 2016 article appearing in the New York Times Magazine. “In the absence of rational discourse,” Rhodes said, “we are going to discourse the [expletive] out of this. We had test drives to know who was going to be able to carry our message effectively, and how to use outside groups like Ploughshares, the Iran Project and whomever else. So we knew the tactics that worked.”

Ploughshares gave NPR $100,000 in 2015 “to help it report on the pact and related issues, according to the group’s annual report,” the Associated Press revealed. “Ploughshares has funded NPR’s coverage of national security since 2005, the radio network said. Ploughshares reports show at least $700,000 in funding over that time. All grant descriptions since 2010 specifically mention Iran.” Joseph Cirincione, Ploughshares’ president, appeared on NPR at least twice in 2015 promoting the nuclear deal negotiations.

Back in 2011, NPR’s senior director of institutional giving at the time, Betsy Liley, was caught on video expressing a willingness to accept a $5 million donation from a fictitious Muslim Brotherhood front group called the Muslim Education Action Center (MEAC) Trust. She even suggested how NPR could help the group shield itself from a government audit. This was all uncovered in a sting operation conducted by the conservative Project Veritas organization to expose how far NPR was willing to subvert government oversight to fund its biased programming. The sting also caught Ron Schiller, who was then the president of the NPR Foundation and vice president for development, making an anti-Semitic remark. “Zionist influence” doesn’t exist at NPR, Schiller said, but “it’s there in those who own newspapers obviously.”

Liley was placed on administrative leave. Ron Schiller and NPR president and CEO Vivian Schiller (no relation) resigned. But NPR continues to reek of anti-Semitism in some quarters.

Just last August, for example, a National Public Radio member station fired a Jewish meteorologist because he compared the Seattle riots and looting to Kristallnacht in a post on his own personal blog. Jewish residents and Jewish-owned businesses were being attacked in Seattle and the meteorologist was drawing on a notorious historical comparison to express his fears. Since NPR is publicly funded, its firing of the Jewish meteorologist for writing his thoughts on his own blog would appear to violate his First Amendment rights. As a writer for Get Religion put it, “What is appalling is that NPR doesn’t know the difference  between legitimate speech and hate speech. Or maybe hate speech is whatever social justice workers disagree with at the moment.”

The Public Broadcasting Act of 1967 requires public broadcasters to operate with a “strict adherence to objectivity and balance in all programs or series of programs of a controversial nature.” NPR has failed that test miserably for years. It does not deserve any further public funding. Let NPR go to Soros and other leftwing donors to stay afloat.