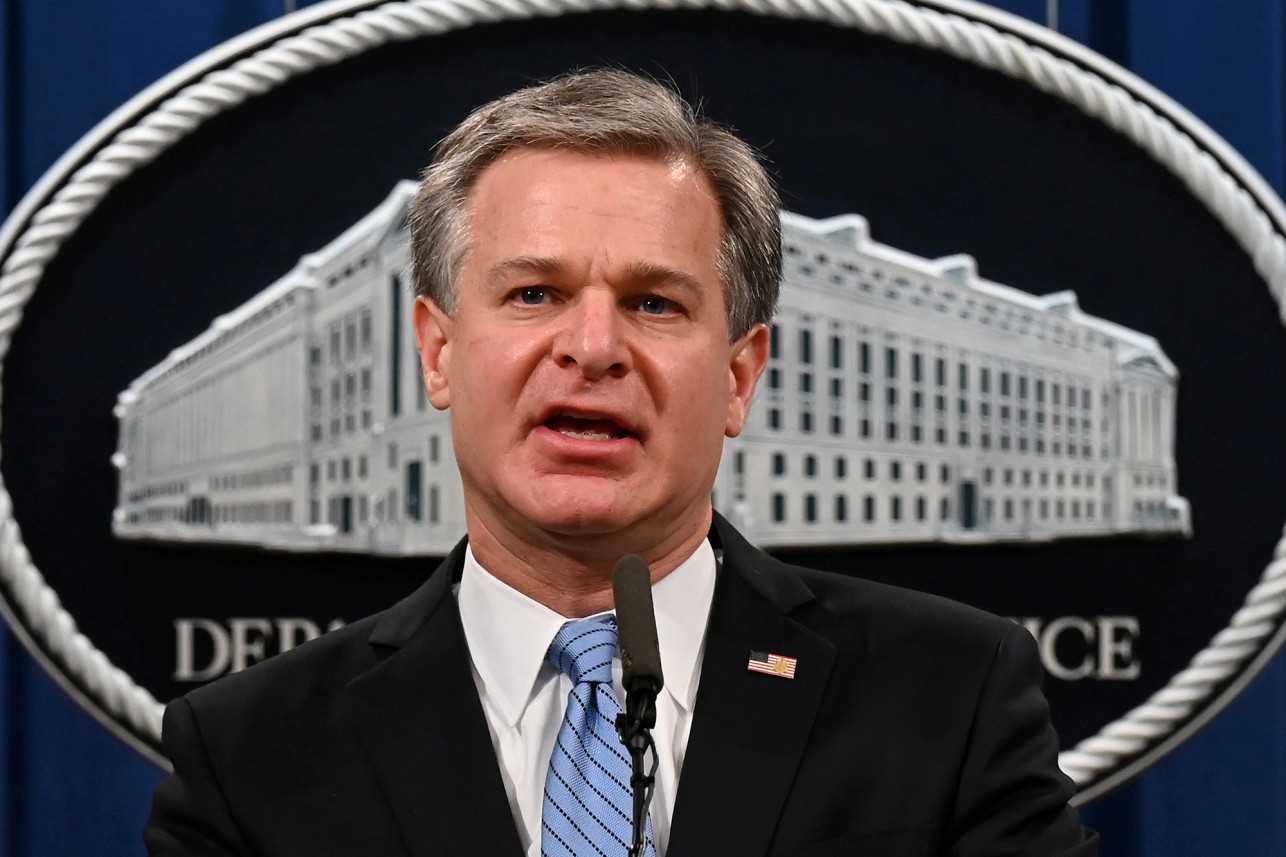 FBI Director Christopher Wray would be ousted if President Trump wins a second term in office and Defense Secretary Mark Esper could be right behind him, according to a report.

“Advisers have consistently told POTUS to wait until after the election if he wants to replace Wray,” a senior administration official told Fox News.

Esper’s neck could also be on the chopping block if Trump wins, the report said, adding that it’s unclear whether Esper would resign or whether the president would remove him.

“Haspel isn’t going anywhere, ” the official said. “POTUS has a good relationship with her.”

Wray, who is popular inside the bureau and among law enforcement groups, is keeping a low profile in the meantime, “keeping his head down and focusing on the work of the FBI,” a senior FBI official told Fox News.

Wray was appointed by Trump in June 2017 to replace James Comey, whom the president fired a month earlier.

FBI directors are appointed to 10-year terms but serve at the will of the president.

Trump has criticized Wray for controversial claims such as that he hasn’t seen evidence of widespread fraud with the use of mail-in ballots, for describing Antifa as a “kind of movement” but not an organization, and for saying Russia poses a bigger threat to the US election than China.

In an interview earlier this month, Trump reiterated his belief that mail-in voting presents an opportunity for rampant fraud and expressed his disappointment with Wray.

He added that Wray should “pick up a newspaper and read” if he did not see any problems with how ballots were being handled ahead of the November election.

In a September interview with CNN, Barr called universal mail-in voting “playing with fire” for its vulnerability for fraud.

“We’re a very closely divided country here. And people have to have confidence in the results of the election and the legitimacy of the government, and people trying to change the rules to this methodology which, as a matter of logic, is very open to fraud and coercion, is reckless and dangerous and people are playing with fire,” Barr said in an interview on “The Situation Room with Wolf Blitzer.”

In the same interview, Barr addressed foreign election meddling, calling out China as the “most aggressive” threat.

“Which is the most assertive, the most aggressive in this area?” Blitzer asked.

He was asked why he made that assessment.

Barr also raised serious concern over the proliferating presence of Antifa at protests across the nation, addressing the issue at a House Judiciary Committee hearing in July.

“It’s a national organization that moves nationally. They tend to get organized for an event and there’s a lot of organization right before an event occurs, but we see a lot of the organization during the mob violence,” he told lawmakers.

“We are concerned about this problem metastasizing around the country,” he said at the time.

Esper has been on Trump’s bad side since last summer when he publicly spoke out against the president’s plan to invoke the Insurrection Act to deploy active-duty troops against violent protesters.

“The option to use active-duty forces in a law enforcement role should only be used as a matter of last resort and only in the most urgent and dire situations,” Esper said in June. “We are not in one of those situations now. I do not support invoking the Insurrection Act.”