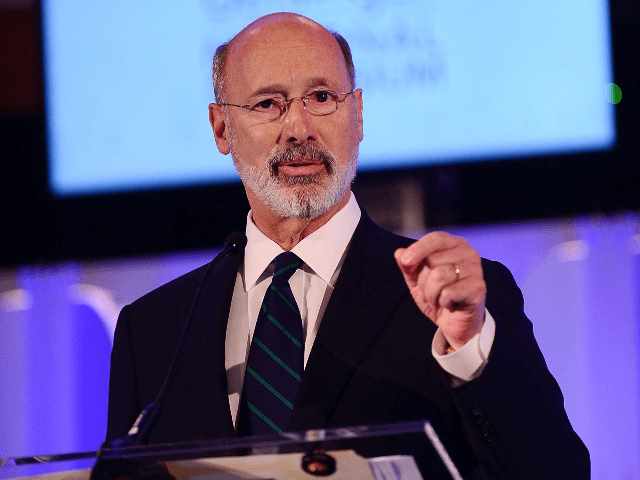 Pennsylvania Gov. Tom Wolf (D) on Friday vetoed legislation aimed at reopening restaurants and bars across the state, saying it would endanger public health and safety as officials continue to combat the Wuhan virus.

The bill was passed in the state’s Republican-led House on Sept. 23 and would have allowed restaurants, bars and clubs to return to full capacity at their own discretion. The bill would have called for continued social distancing and barrier use, but would have eliminated the requirement that a meal must be purchased to get an alcoholic beverage. […] Now that the governor has vetoed the bill, it goes back to the legislature, which would need a two-thirds majority to override it.

“To the extent that there is a resurgence of the virus this fall and winter, we need these critical mitigation guidelines to remain in place, and we need to retain the ability to implement further mitigation measures if necessary,” Wolf said in a statement.

The development comes after Gov. Tom Wolf vetoed a bill that would have given Pennsylvania school districts control of sporting events and related extracurricular activities for the 2020-21 school year. Presently, sporting events are limited to 25 people indoors and 250 people outdoors, including athletes.

“As we continue the fight against COVID-19, we need to continue to prioritize the health and welfare of Pennsylvanians and minimize public health risks,” Wolf said at the time of the veto. “However, this bill does nothing to promote public health or ensure that our children have a safe learning environment.”

House Majority Leader Kerry Benninghoff (R) slammed Wolf’s decision, saying the bill was passed due to “good bipartisan work” that reflected the will of voters.

“In vetoing this bill, Gov. Wolf stands directly opposed to children and families looking for some semblance of normalcy and to receive the numerous invaluable benefits of fully participating in school sports,” Benninghoff stated. “In contradiction to his word, Gov. Wolf is once again going back on his self-proclaimed desire for educational decisions to be made at the local level.”