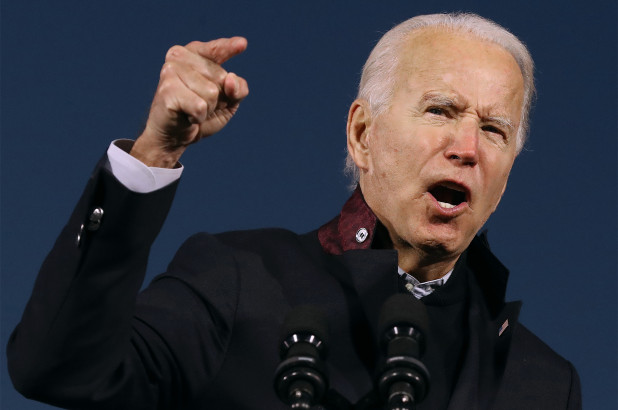 Joe Biden’s polling edge over President Trump eroded this week amid The Post’s scandalous revelations about his son Hunter’s foreign dealings — but the Democratic candidate still maintains a substantial lead.

The IBD/TIPP national tracking poll, released Saturday, puts Biden at 50 percent in the head-to-head matchup, with Trump at 43 percent. The 7-point advantage is well outside the survey’s 3 percent margin of error.

But the poll of 1,009 likely voters saw Biden’s support slip by just over 2 percentage points since Monday — and found an increase of just under 1 percent for the incumbent.

The IBD/TIPP survey found strength for Biden among independent voters, who split their support between Trump and Democrat Hillary Clinton in 2016, but now back the challenger by a 9-percent margin.

The results also hinted at the possibility of a substantial number of “shy Trump” voters in the electorate: while 47 percent of respondents said they believe that their neighbors are Trump voters, only 36 of them say they are surrounded by Biden backers.