Biden’s Going Back Into Hiding. Here’s for How Long. 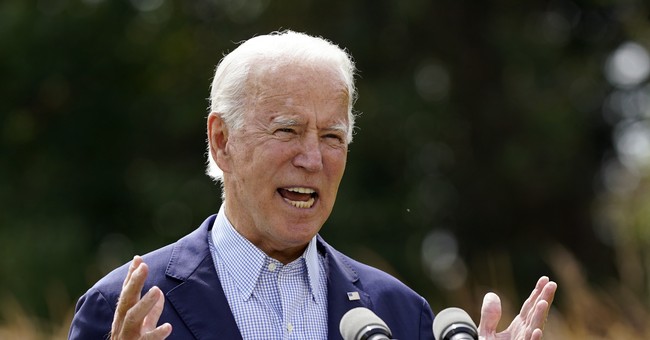 Both the Biden and Trump campaigns have different strategies going into the final two weeks of the election. The Trump campaign is holding as many rallies and events as possible, with President Donald Trump, Vice President Mike Pence and a number of surrogates. The Biden campaign, on the other hand, is going into lockdown mode. Biden will be pulled from the campaign trail to “prep” for Thursday night’s debate.

“When we look at Joe Biden’s schedule, we didn’t see him campaign yesterday. We will see him today. What is his strategy?” CBS’ Margaret Brennan asked. “Because President Trump clearly feels he needs to be out and very visible.”

“At this point, the Biden campaign doesn’t feel that way much at all,” CBS Political Correspondent Ed O’Keefe replied. “He’s in North Carolina today. The Tar Heels state began early voting. This is a state the Biden campaign believes and hopes they can take back.”

According to O’Keefe, the Biden campaign is relying on the same polling the media relies on to make their strategy decisions. Looking at “state-by-state numbers” the Biden campaign recognizes where the former vice president can be successful.

“They worry that if they can’t keep their base motivated, keep convincing people to show up, whether it’s early or on the day of, they’re going to be in trouble,” O’Keefe said.

“This week is mostly about debate prep. He will not be seen again after today until Thursday night in Nashville at that next debate. So they’re going to keep him focused on that. That’s a signal that they believe this is still a very big opportunity for them to provide one last contrast with the president and they have to prepare him for potential attacks from the president,” he explained.

The political correspondent said the Biden campaign plans to spend the $425 million they have on-hand. Of that money, $100 million will be spent on “voter education,” to get Americans to turn up at the polls.

Let’s be real here. The Biden campaign is putting a lid on the former vice president’s appearances because they’re hoping Hunter Biden’s emails will go away or that people will forget about it. They figure if they keep him locked in the basement that the news cycle will move on and everyone will magically forget that the former vice president is accused of using his influence to pad his family’s pockets.