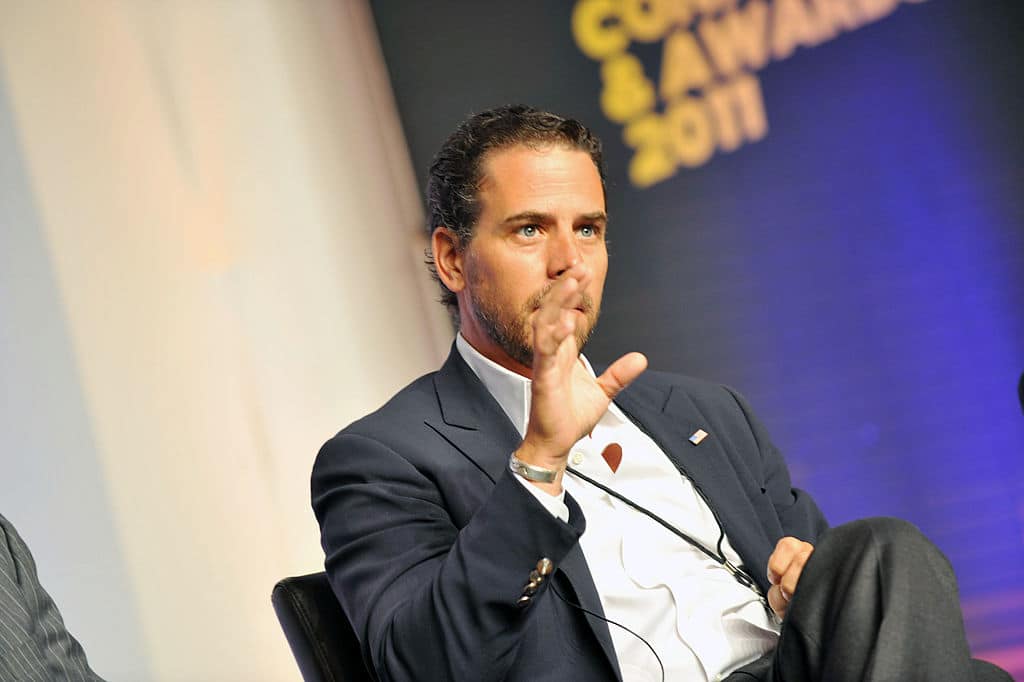 Evidence is mounting that former Vice President Joe Biden not only knew his man-child son was profiting from his powerful perch in government, but that he himself may have financially benefited from these arrangements.

A new story of Biden family corruption has emerged, and it is unrelated to The New York Post’s bombshell story about the emails found on Hunter Biden’s laptop.

Breitbart editor and president of the Government Accountability Institute Peter Schweizer broke the news on Friday that associates of Hunter Biden quickly arranged a White House meeting in November 2011 for a delegation of Chinese business leaders and Communist Party officials. This visit included a meeting with the Vice President himself.

Schweizer, the author of several books which trace the money trail of the Clintons’ and the Bidens’ many dubious transactions, has forged a relationship with Bevan Cooney, one of Hunter Biden’s former business partners.

Cooney was involved with Hunter Biden and their mutual associate Devon Archer in a 2016 bond fraud investment scheme, which landed him in prison. Archer was convicted in the case, however, a “federal judge vacated his conviction. But an appellate court overturned the lower court judge’s ruling, reinstating Archer’s conviction.” He is currently awaiting sentencing. Hunter Biden was never indicted in the scheme.

Needless to say, Cooney feels some resentment toward Biden. He told Schweizer he “believes he was the ‘fall guy’ for the fraud scheme.”

After reading Schweizer’s 2018 book, “Secret Empires,” Cooney contacted him through investigative journalist Matthew Tyrmand and has since provided the password to his email account to Schweizer, whose team has begun wading through some 26,000 emails.

Schweizer writes that “the emails offer a unique window into just how the Biden universe conducted business during the Obama-Biden Administration. These associates sought to trade on Hunter Biden’s relationship with, and access to, his father and the Obama-Biden White House in order to generate business.”

You will note that Hunter Biden does not participate in arranging this meeting because, you see, he was busy at the time. On one of the messages, Archer writes that Hunter “was traveling in the UAE for the week with royalty.”

Nonetheless, his associates spotted an opportunity and acted.

“…On November 5, 2011, one of Archer’s business contacts forwarded him an email teasing an opportunity to gain “potentially outstanding new clients” by helping to arrange White House meetings for a group of Chinese executives and government officials. The group was the China Entrepreneur Club (CEC) and the delegation included Chinese billionaires, Chinese Communist Party loyalists, and at least one “respected diplomat” from Beijing. Despite its benign name, CEC has been called “a second foreign ministry” for the People’s Republic of China—a communist government that closely controls most businesses in its country. CEC was established in 2006 by a group of businessmen and Chinese government diplomats.”

A copy of the email can be viewed here:

“I know it is political season and people are hesitant but a group like this does not come along every day,” an intermediary named Mohamed A. Khashoggi wrote on behalf of the CEC to an associate of Hunter Biden and Devon Archer. “A tour of the white house and a meeting with a member of the chief of staff’s office and John Kerry would be great,” Khashoggi said before including what should have been a major red flag: “Not sure if one has to be registered to do this.” Presumably, Khashoggi meant a registered lobbyist under the Foreign Agents Registration Act (FARA).

Khashoggi believed the trip presented “a soft diplomacy play that could be very effective” and would give Hunter Biden’s business partners “good access to [the Chinese] for any deal in the future.”

Before contacting Hunter Biden’s associates, the CEC had been trying to get meetings with top Obama-Biden administration officials to no avail. “From the DC side as you will see below they [CEC] have written letters to several members of the administration and others and have so far not had a strong reaction.”

“This is China Inc,” wrote Khashoggi in the email, referring to the delegation of Chinese billionaires.

“Biggest priority for the CEC group is to see the White House, and have a senior US politician, or senior member of Obama’s administration, give them a tour… If your friend in DC can help, we would be extremely grateful,” Khashoggi emphasized.

The Obama-Biden Administration archives reveal that this Chinese delegation did indeed visit the White House on November 14, 2011, and enjoyed high-level access.

However, the visitor logs show nothing about the groups’ meeting with Biden. Schweizer verified that the meeting with the Vice President actually took place by viewing the biography of one of the founding members of the CEC.

Biden and Archer did reap the rewards from this meeting two years later. In 2013, the Chinese government founded the Bohai Harvest fund. Two U.S. investment companies, Thornton Group LLC and Rosemont Seneca Partners, were selected to participate in this venture. It should come as no surprise that Hunter Biden was associated with both.

In his Friday night appearance on “Hannity,” Schweizer made clear his team had only begun sifting through Cooney’s email and he said we should expect another report in the next couple of days.

Although setting up this meeting between high-level Chinese business leaders and Joe Biden is not illegal, it is supremely unethical and extremely disturbing.

Most importantly, it could potentially compromise a future President Biden in his dealings with China. Now that U.S. relations with China are strained to say the least, this is more problematic than ever.

When faced with consequential decisions concerning the CCP, it’s appropriate to ask if U.S. interests would take a back seat to Biden’s own business dealings with the country.

Looked at in this context, the emails on Hunter Biden’s laptop are even more problematic.

On Friday night, we learned from Fox News’ Tucker Carlson that those emails had been authenticated. The laptop story, he told viewers, is real.

Additionally, a source told Fox News that “the big guy” reference in one of the most explosive email threads does indeed refer to former Vice President Joe Biden. It allegedly shows a proposal to direct a 10% portion of future profits to him. I am not a lawyer, but that sure sounds illegal to me. I posted about this earlier here.

These stories are becoming too big for Twitter, Facebook and the mainstream media to hide. And my guess is now that the floodgates have opened, we will hear more damaging reports every day. With only 17 days until the election, it may be difficult for Biden to recover.

Schweizer ended his segment on “Hannity” by describing the latest trove of information as a “veritable United Nations of corruption!”